When I Grow up I Want to be an Instagram Influencer

We’ve all seen it. There’s a new addition to the Instagram bio and it’s called a Social media influencer. It’s a recognised career path. Since its incarnation, social media’s influence has filtered into the customer journey.

• We eat at restaurants we see plastered all over Instagram. We buy clothes that famous faces are sporting.
• We ignore all the tags to show the paid promotion at play.

Influencer marketing allows brands to bridge that elusive gap between brand and customer. It does so by introducing an actual middleman to provide that personal connection.

So, if everyone is doing it…

What is a social influencer?

Becoming a social media influencer means you are a paid brand ambassador. But, not in the conventional sense. You may represent hundreds of different brands, and yes, you’re paid for the privilege. For the most part, this spans Instagram and Twitter. Yet the boundaries aren’t limited to one platform.

Influencers work hard to build a consistent and loyal social media following. Which brings in serious engagement organically and otherwise. This captures the attention of both brands and users alike. These popular users created a whole new career for the millennial.

• Instagram reported 700 million active users,
• 400 million of them actively use the platform daily.
• 50% of most major brands use Instagram for their business.
• 53% of people say they follow their favourite brands.

More important than this is the range of ‘everyday’ users who have become so engaging on the platform. Users now buy from the posts they promote rather than buy from the brand. Influencers range from megastar Beyoncé, who charges $1 million for a sponsored post. On the other end of the spectrum, there are micro influencers who charge $50 per post.

Now, this isn’t a one fits all approach. Don’t write Beyoncé that cheque just yet. The point of influencer marketing is to capitalise on the following of an influencer. The idea is to put your product or service in front of the right audience in an indirect way. Hence, entering the customer journey a few steps ahead and without the customer even realising.

Like all marketing campaigns, the budget and potential ROI needs to be considered. Never more so than in the case of hiring a social influencer to promote your product. Forbes listed 12 categories in which influencers fall, including Fitness, Travel and Parenting. So already you have a decision to make. In the fitness world, the top ten influencers boast a combined following of near 40 million users. So, you want to pitch your product to all these users? Get ready to stretch that advertising budget…

The important thing to remember is unlike putting your marketing budget in the hands of your trusted agency (wink wink, nudge nudge). The ROI can’t be tracked and in some cases, could prove fruitless. Most influencers will prove their engagement figures and release their insights. But, conversions can be hard to keep track of, as there’s not really any target you can set. It’s almost a roll of the dice. Especially when it comes to micro-influencers.

Now, don’t let us put you off. As the influencer age sweeps through society. Make sure you have the tools set to regulate, moderate and make even more money from it.

Paid tools such as Tribe, Clear or free tool FollowerWonk have all received huge amounts of traffic in the past six months. Mainly, from brands looking for a safer way to tap into the trend.

Who gets influencer marketing right? 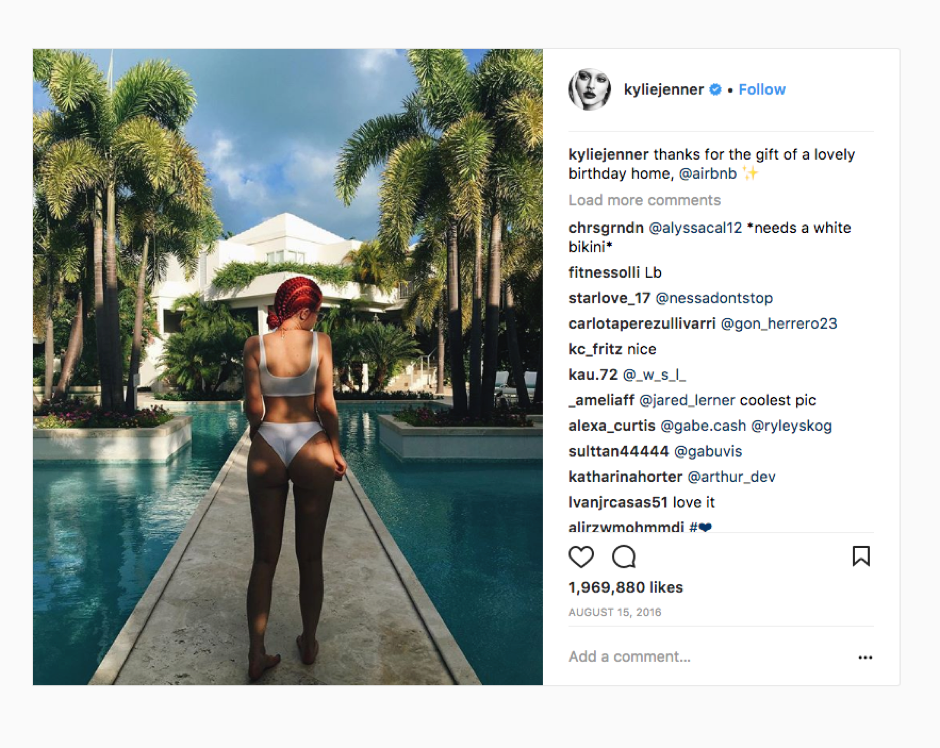 When Airbnb tapped up one of the most followed Instagram users, Kylie Jenner their social media presence hit record highs. The Jenner sister came under fire from FTC. She thanked the brand for her ‘birthday home’. Not indicating she was being paid in some way to endorse the travel site. Afterwards, the holiday home rental service saw huge spikes in their referrals. It has now become a brand leader in its field. 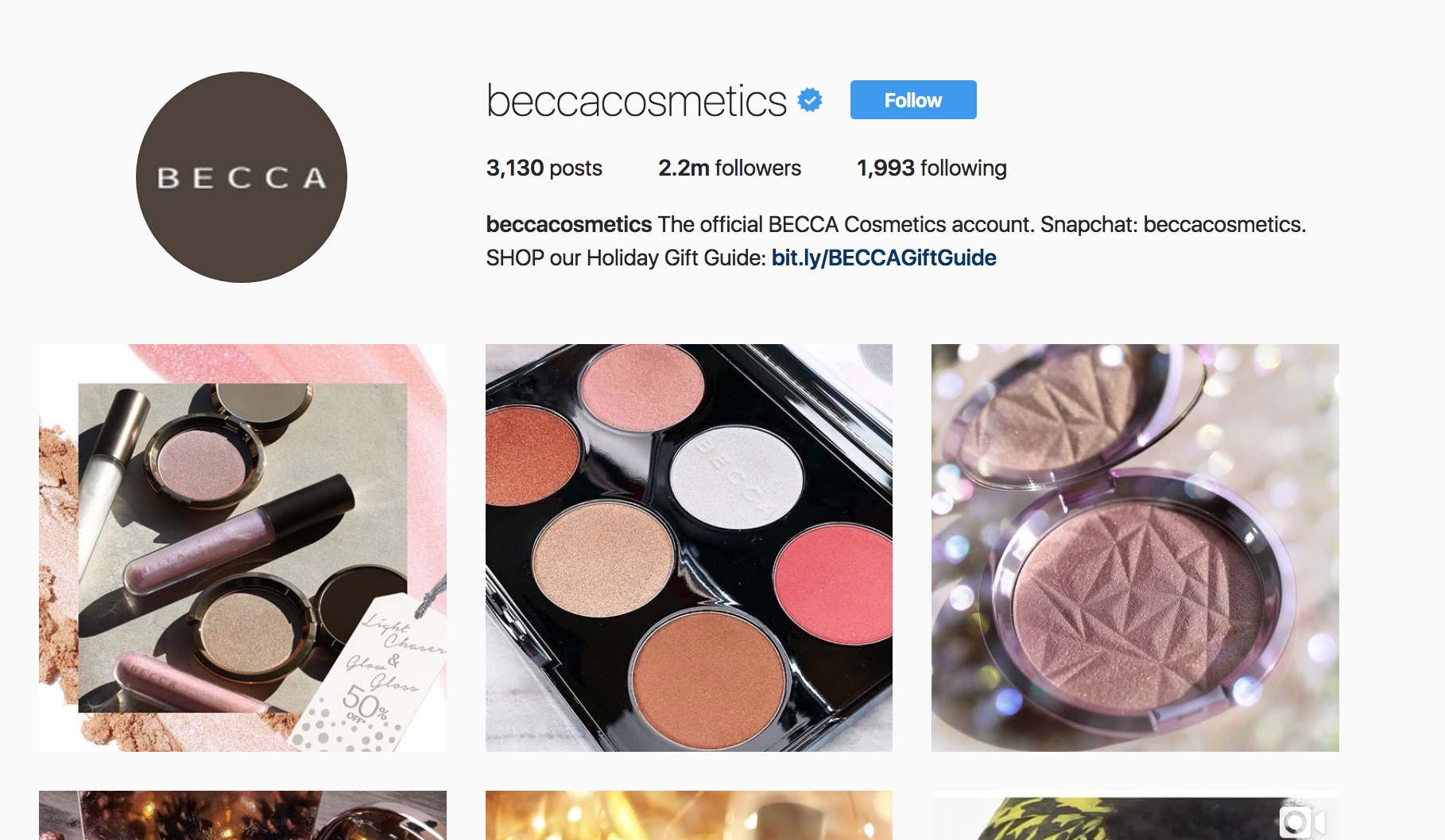 The beauty brand became loved by vloggers. Some who luckily had particularly high engagement figures. They were then utilised by a wide variety of similar influencers. It’s continued praise helped launch it into the public domain. As a result, Becca cosmetics’ Champagne Pop collection helped Sephora reach a single day sales record in 2015. 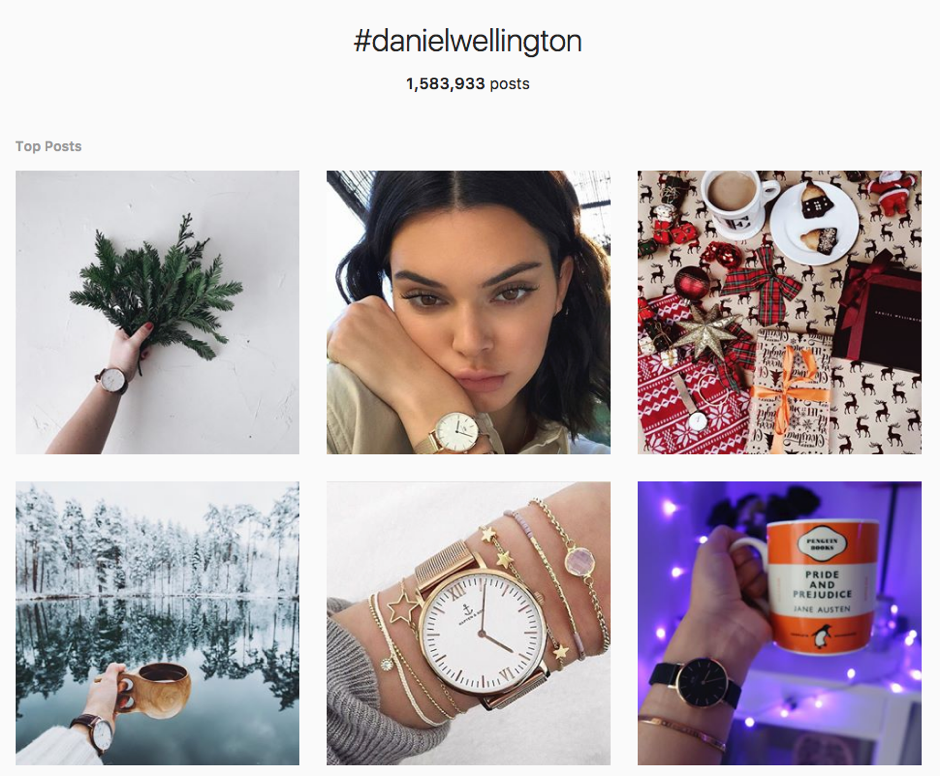 It’s ever so simple and it’s a boring success story. There is no defining moment for luxury watch brand Daniel Wellington. Now so successful in spreading their product throughout timelines. Because they go straight to the big boys of influencer marketing.

How can you get into influencer marketing?

Remember, these are lovely bright and shining examples of how social media and influencer marketing has catapulted brands into fame. It doesn’t have to be like that to spell success.

It’s another digital marketing strategy open to everyone. It enables us as brands empathise in the personal part of our customer journey. Much like a friend recommendation, or seeing the latest gadget from a friend. Then, going straight to Google shopping for the exact same thing. Influencer marketing turns brands into friends. Products into a more tangible need rather than a want.

Oh, and if you do part with your budget, make sure you proofread the caption… 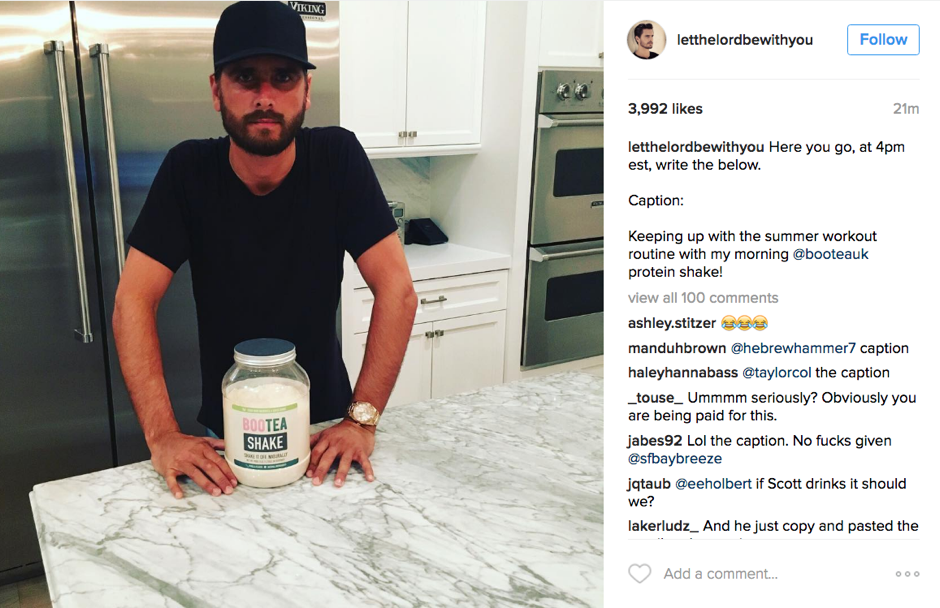