Although it is nice to see this kind of support from a wide collection of corporations, the real question is, do these companies actually support the LGBTQ+ community? Or, is this just a way to profit off the back of them?

To start with, there is a huge difference between supporting a community and having a brand purpose. Let’s be honest, putting a rainbow on your logo isn’t really showing “support”. Essentially, pride is a still a political event and although we have come so far we have so much further to go – despite people thinking it’s just a party.

The majority of the brands that say they ‘support’ the community only really show up during the months of Pride. We don’t see any action from these companies when pride is over – which is the sad reality.

What can you do to show your support?

First of all, be vocal about your support. Forget all the buzzwords that companies use these days such as; love is love or gay rights are human rights. Even though these statements are important, throwing them on your merchandise isn’t showing your support to the community.

Truth be told, these companies are putting a rainbow on their products during the months of Pride to capitalise on the LGBTQ+ for corporate gain. Supporting the community means doing so at all times. Especially for relevant causes to the community.

In 2017, the brand Skittles announced they were removing the rainbow form their sweets and packaging, stating that there is only one rainbow that matters. Additionally to this, 2 pence from every pack sold was donated to an LGBTQ+ charity. This year the company took a different approach by hiring four illustrators, designers and artists who identify as LGBTQ+ to create four unique packaging designs for their campaign. 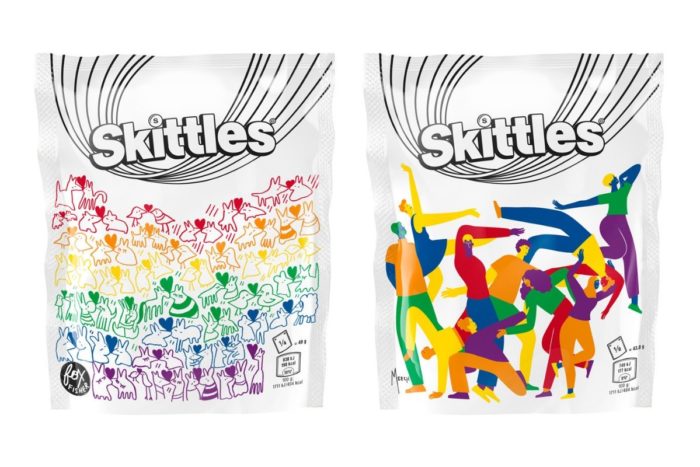 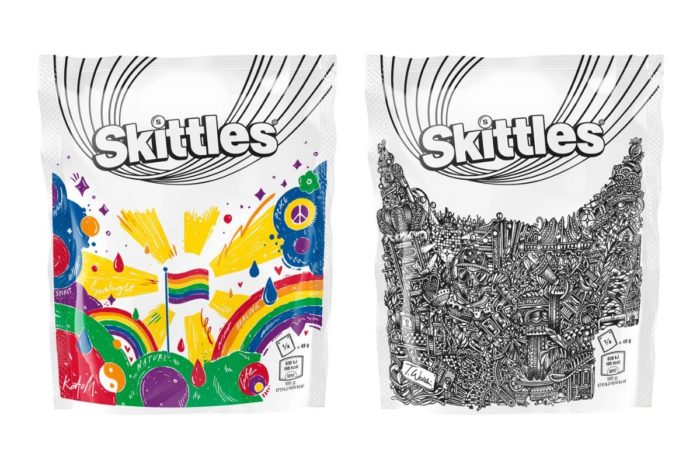 Converse who sell everything from shirts, to hats and of course shoes donated 100% of the proceeds from their pride collection to several organisations in support of the LGBTQ+. This year for the first time Converse included a shoe inspired by the transgender flag consisting of light blue, pink and white. H&M is another brand that supports LGBTQ+. Having a diverse selection of products, 10% of the proceeds from their pride collection was donated to the UN’s Free and Equal campaign. Additionally, every year Absolut bring back their iconic rainbow bottle. An annual partnership supporting GLAAD’s work accelerating acceptance for the LGBTQ+ community.

One of Absolut’s campaigns called “ Drop of Love” was so powerful and shared an amazing message. Travelling to protests around the world and collecting hate signs, Absolut repurposed the ink to spread a better message, by turning hate into love. 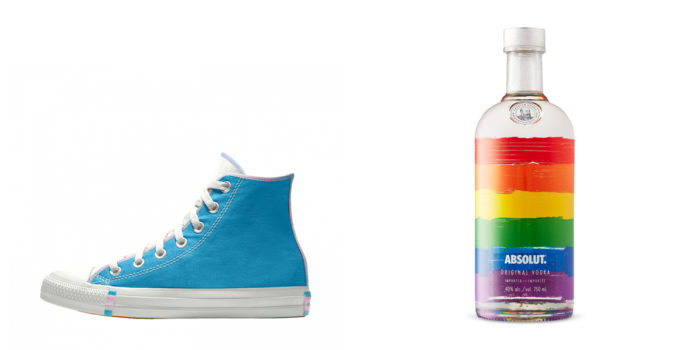 With all that said, major companies have the ability and platform to normalise and show support to a community that doesn’t necessarily get to see themselves represented in the mainstream media. I am fully aware that some companies may not have the means to run a global campaign, but by showing that you support the LGBTQ+ throughout the year and not just ahead of Pride you could portray more meaningful messages.

Categorised in: Creative, Digital Marketing, In The Media