Career Progression of a Web Developer

So, you want to be a Web Developer?

Read on, because I’m going to outline the key skills and responsibilities you’ll need, from Apprentice Web Developer all the way to Technical Director. I’ll also be sharing our own development team’s stories.

What do I need to become a Web Developer?

On the face of it, the barrier to entry is comparatively lower than that of other professions. A lot of Web Developers, and the vast majority of our own team are entirely self taught.

I developed a passion for coding whilst building a website for my media studies course at college. As this mainly covered using Dreamweaver and not code, I decided to expand on my limited knowledge. I taught myself how to build simple websites using HTML, CSS & Javascript.

I then went to university to expand my skills into server-side technologies such as PHP, however, only about 5% of the degree actually covered coding and that was some very basic PHP (ironically this module was called advanced programming techniques).

So again in my spare time, I learned the fundamentals of PHP. So basically, if you want to be a developer, don’t waste your time and money in further education when there is a wealth of free training material on the internet.

You don’t need any sort of special equipment, you simply need a computer (which around 88% of households have), a willingness to learn, and enough free time.

How do I get started? 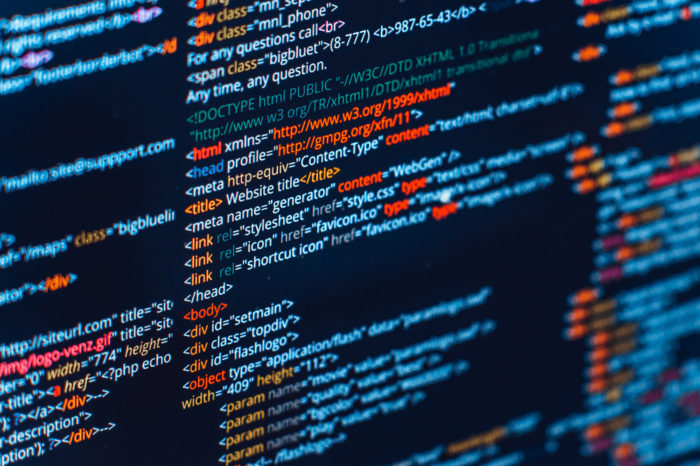 When you get started,  whether it’s by taking a Udemy course, or reading a good old fashioned programming book, there’s only one golden rule you need to keep in mind; You’re not going to build Facebook on your first try.

Perseverance is key, use every resource you have at your disposal, build up a support network through channels such as Twitter, Reddit and Slack, learn how to Google effectively, Stack Overflow is your best friend.

After graduating from university with a degree in Music Composition, I was eager to find a unique of showcasing my work online beyond the scope of free website builders. I had dabbled in HTML and CSS from the golden days of free Geocities websites and attempting to make my MySpace profile as emo as possible, so I decided to invest some time in building websites from scratch again and reignite that latent interest.

I purchased a few books and other offline materials but gained the majority of my initial knowledge from interacting with the (mostly) welcoming StackOverflow community, following online tutorials and reviewing discussions on various online articles. To this day, these are my main sources of knowledge, and I’m always eager to understand why some developers value certain methods above others and enjoy reviewing the lively debates that ensure.

Once I discovered that majority of the animations and interactivity effects that I wanted to achieve were possible with jQuery, using this in tandem with vanilla Javascript provided the jumping off platform to create more powerful and functional websites. The rest, as they say, is history.

Now, Web Development in 2019 is extremely different from when I started my own journey toward web development back in 2004. When I started, we only had to learn HTML, CSS and JavaScript (ECMAScript back then) was an “optional extra”.

Once you had those figured out well enough, you could put those into practice by building some simple websites which follow a certain pre-defined layout, making flavour alterations as you go.

I initially learnt to code in the age of no youtube, udemy, codecourse or lynda.com. My mum bought me a copy of “A dummys guide to HTML” from the local car boot when i was around 13, my career progressed from there (I’m sure she will agree, the best car boot purchase she has ever made).

I became involved with the online gaming scene competing with teams where there was a need to have a Team Website. A challenge I relished. I’m not afraid to admit, my early pieces of work were heavily ripped off from elsewhere and adapted to work to the requirements set. A year or two after initially learning HTML I set out on a quest to learn a content management system, PHP Nuke was the leading CMS of it’s time, heavily community based and forum driven allowing for me to engage with far more advanced senior developers.

At the age of 17 I managed to blag my way in a Junior Web Developer position where I spent 4 years being mentored by a senior developer who taught me the foundations of everything I do today.

If you wanted something dynamic you’d dabble with PHP, using the query string to provide a different layout based on the content of a “page” parameter. 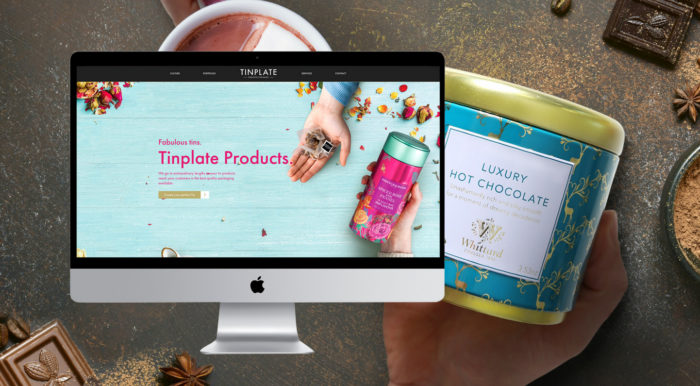 You can still follow the same basic principles today, except now it can seem a little overwhelming with the sheer amount of choice in language and frameworks, with software such as WordPress powering 33% of the web, it may be tempting to box yourself in to that one ecosystem and become a “WordPress Developer”.

As a child I did not have many friends, and was often bullied due to my deafness. My mum was at University where one of the modules was programming. I used to read a lot, and one day I simply picked up one of her Visual Basic books and started reading. Before long I was hooked, and that translated across to web development.

I would advise against that. Learn as much as you can before choosing where to specialise. Start by building a couple of hobby websites using only HTML, CSS and JavaScript (or jQuery). Once you’re happy with your skill with the basic building blocks, you can then shop around from the vast pool of frameworks and choose one which piques your interest.

After not knowing what I wanted to do after leaving school and college. I was on facebook and come across an advert for learning how to code. I thought I would give it a go as I like technology. The advert was for a website called Udemy, I found a course by a guy called Rob Percival. The course was “The complete web developer course” where you learnt the basics on a variety of coding languages building random projects, one being a replica of the BBC News website. After learning the basics I continued to watch more and more videos and built on my coding skills.

From React, Angular or Vue, to Laravel, Symfony or Codeigniter, there are choices to be made on both the front end or back end.

If you find back end development more satisfying than front end development, now is also the time to choose your back end language of choice. The three frameworks I mentioned above are all PHP based, because PHP is the language which, when it comes to powering the web, is the most prevalent – but there are others, such as Go, Python, Ruby and ASP.NET to mention a few. 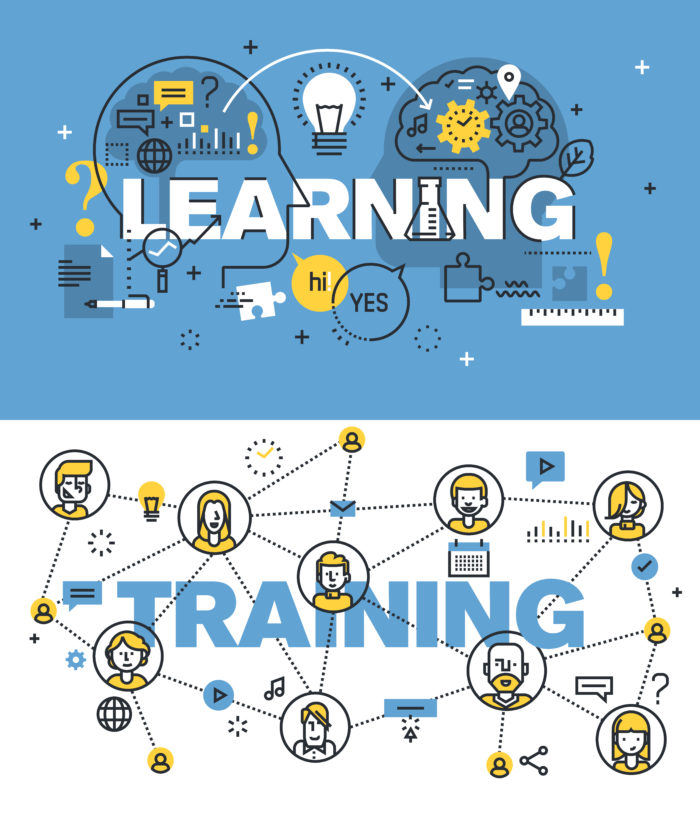 As I mentioned above, the majority of the web developers at Fifteen are self-taught, but we do take on an Apprentice every year to train up. We find that the experience is as rewarding to our team as it is to the Apprentice.

Formal training is also an option, and if for example, you opt for a University Degree, your Salary expectations can be a lot higher than if you start at Apprentice level, however you do not have that crucial experience “in the field” that the Apprentice has accrued over those 3-4 years in which you have been studying.

Whilst at Secondary School, I was heavily into games, Minecraft especially. I always used to enjoy playing modded Minecraft and one day thought ‘I wish I could make my own Minecraft Mod’ and from there onwards, I got heavily involved with multiple different programming languages. Specifically Java.

It was at this point where I wanted to take this into a career and landed myself an Apprenticeship as an Apprentice Web Developer with Fifteen. When I first started, I could just about craft a basic website. However, through the help from people at Fifteen and through learning outside of work, combined with creating project based websites I have progressively bettered myself. I always found that I learnt the most from being thrown into the situation compared to self-teaching as I was having to do it within a real-life situation and quickly learnt what was the most effective way of crafting the webpages that I do now.

Progressing from an Apprentice to a Junior, especially towards the end of my Apprenticeship, I found myself being able to take on project based work without too much help of others around me, in a lot more depth and with a lot more customisability compared to what I could do when I first started as an Apprentice.

As an entirely self-taught developer, my bias has always been toward getting more experience than book smarts, but I know developers who have been through university who are best-in-class. 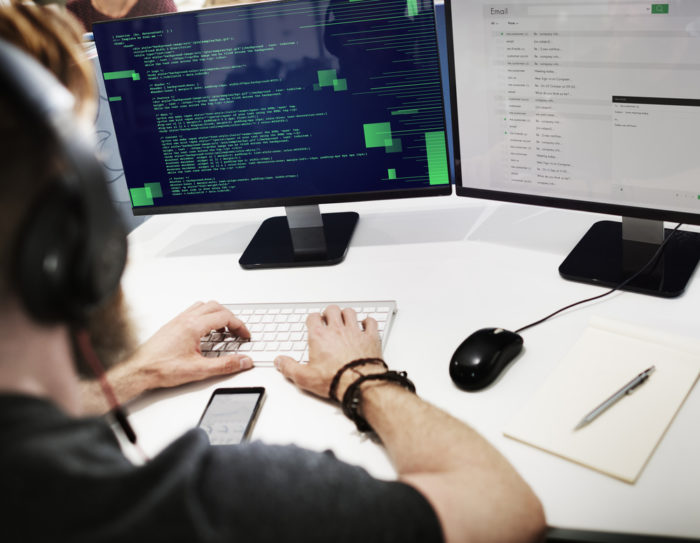 The typical career progression of a Web Developer is as follows:

At this level you are expected to be spending the majority of your time learning from the more senior members of the development team. You will be tasked with building small websites from design, and your work will often be peer-reviewed and code-reviewed by a more senior member of the development team, often the Lead Developer, to discover any learning opportunities which may arise.

At this level, you’ll be tasked with more challenging web builds. Your eye for detail is keen and you’re quite confident in your own abilities. You offer advice to the more Junior members of the team, and often collaborate with them in web builds, guiding them on the right path.

At this level you’re pretty autonomous, you take on the most challenging web builds, and smash them out of the park every time. You’re the Leads right-hand man and often take any overflow they may have to help out.

At this level, you’re the most senior developer in the team. You can do everything that a Senior Developer can do but you also liaise with the Technical Director to pass any problems up or down the chain. You lead morning standup, help the apprentices, and are generally on hand for advice constantly. Occasionally you’ll take on the most difficult projects or lead a team of developers on a single project.

This is it, you’ve done it. You’re in charge of all things which relate to Web Development in your company. All technical decisions get run by you, you are in control of salaries, hiring and firing, scheduling, forecasting, budgets, equipment and much much more

Of course, the progression is not always as linear as that. Web Development is a vast field, and there are a wealth of other opportunities to specialise. Some of which include:

At Fifteen we have years of experience designing, building and cultivating websites. We’ve won a host of awards and have been lucky enough to work some truly exciting clients. Keep up to date with everything we’re up to on our blog and Facebook, LinkedIn, Instagram and Twitter.