Chinese New Year: Why Blinging Nikes Means So Much

Chinese New Year is almost upon us and while it is a time steeped in tradition it has also become a modern celebration. Chinese New Year falls on Tuesday, the 5th of February this year and in the run-up to it brands have taken to releasing limited edition items celebrating all the aspects of this auspicious time.

What is Chinese New Year?

Chinese New Year draws its meaning from the Chinese zodiac which has been a cornerstone of Chinese culture since the Qin dynasty, more than 2,000 years ago. The origin story of the Chinese zodiac is fascinating and most people agree it came about with the legend of the Jade Emperor who needed to choose twelve animals to be palace guards. All the animals wanted to reach the Jade Emperor first and through a series of events ended up with the order, Rat, Ox, Tiger, Rabbit, Dragon, Snake, Horse, Goat, Monkey, Rooster, Dog, and finally Pig.

Each animal is the zodiac animal for a year and has attributes, predictions and warnings attached to their varying characters. People are also given their Chinese zodiac according to the year they were born rather than a specific day. Zodiac identifiers become a bit more complicated with the addition of Earthy Branches, Celestial Stems and Elements but for brands, it’s all about the animal.

This year sees the final animal in the cycle have its turn in the form of a pig. The pig is considered a symbol of burgeoning wealth and brands have been quick to jump on the bandwagon.

The reason for more ‘spiritual’ branding is to keep up with the needs of the consumer. Consumers across the globe have begun to prioritise wellness, living, and more sustainable lifestyles. This is evident in everything from modern office culture, to diets, social media and our understanding of mental health as a whole. This coupled with the arrival of a new zodiac makes for a perfect storm for brands; as they look to impress not just their Chinese audience but their global one too. 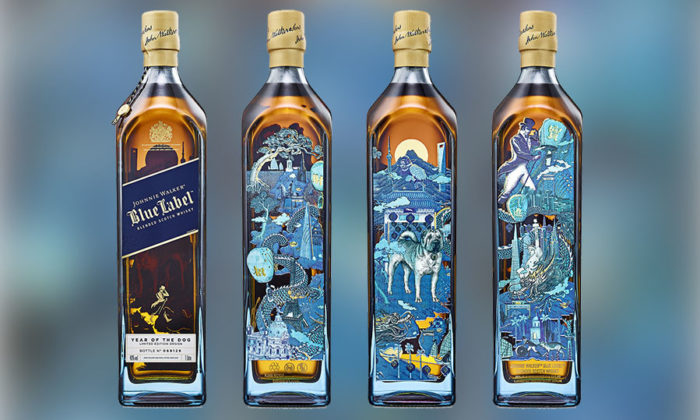 Now, sticking a picture of a pig on a pair of Nikes is not enough, the concept has to resonate with your audience and pay homage to the meaning behind the zodiac. Take 2018 for example; considered the Year of the Dog, 2018 saw the likes of Johnnie Walker honour man’s best friend with a limited edition Blue Label bottle. AirAsia made the dog the hero of its Chinese New Year ad campaign and China saw a massive increase in the number of dog-owners throughout the year.

The Year of the Pig

The Year of the Pig is no different with several brands already launching their own homages to the Pig, each one trying to tap into the estimated total Chinese New Year retail sales of $133bn. All in just six days. 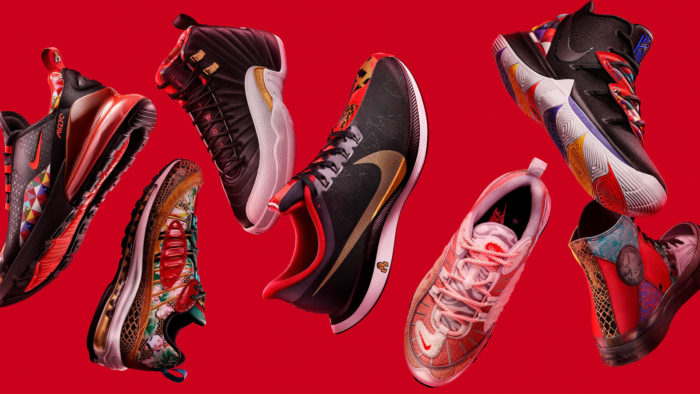 Nike has been the tastemaker of this celebration for years and to commemorate the Year of the Pig they’ve created a new limited edition collection that encompasses the end of the cycle with all twelve animals represented in a traditional geometric motif known as ‘Bai Jia Yi’. Developed with a colour scheme of crimson, gold and yellow, fans can get a pair of these sought-after trainers in Nike, Jordan and Converse styles. 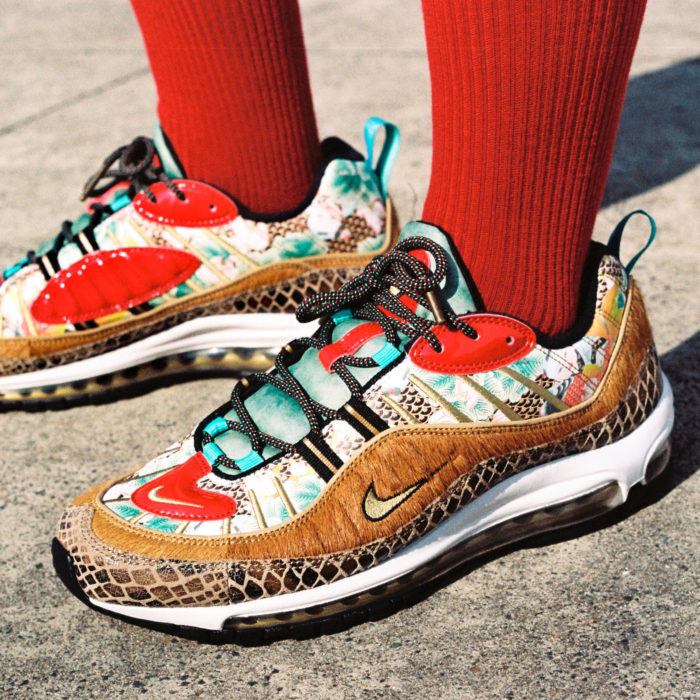 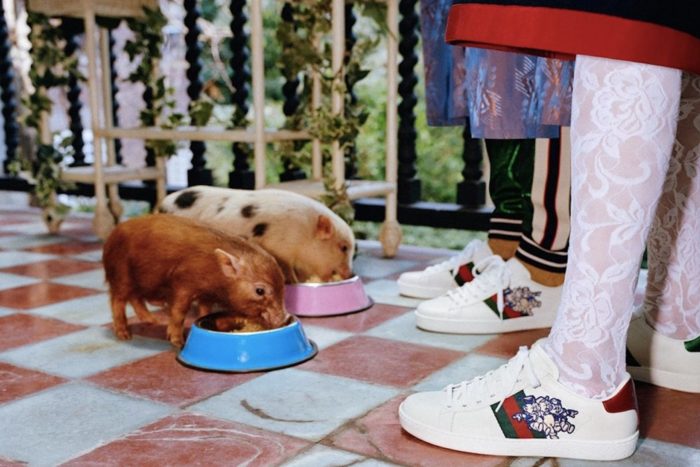 Gucci has also released a capsule in time for the festivities. Made up of 19 pieces, the lineup draws on Disney’s Three Little Pigs. In a similar tale, the Chinese zodiac explains the reason for the pig being the last in line as he had to build his house after a wolf destroyed it and therefore ran late for the Jade Emperor’s order. This connection between the Disney cartoon and the myth is obvious and Gucci have married the ideas of western consumerism with Chinese legend to create a truly global capsule. 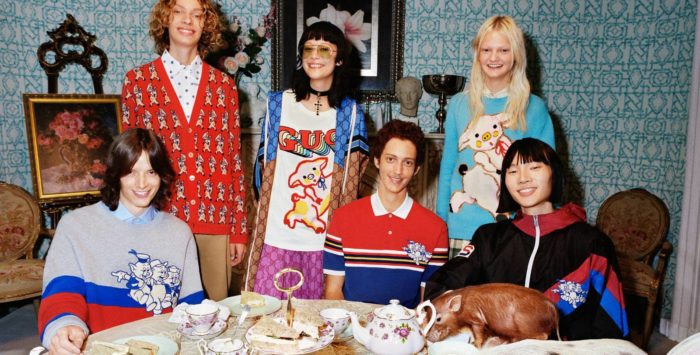 It’s not all plain sailing for brands looking to make a splash on Chinese New Year (CNY). Burberry attempted to appeal to a wider audience with a ‘modern’ CNY ad campaign. Stylised as a classic family portrait, actors of varying ages were dressed in Burberry’s range. However, the attempt at celebrating familial values has sparked criticism in China with many people finding the photo more intimidating than empowering. 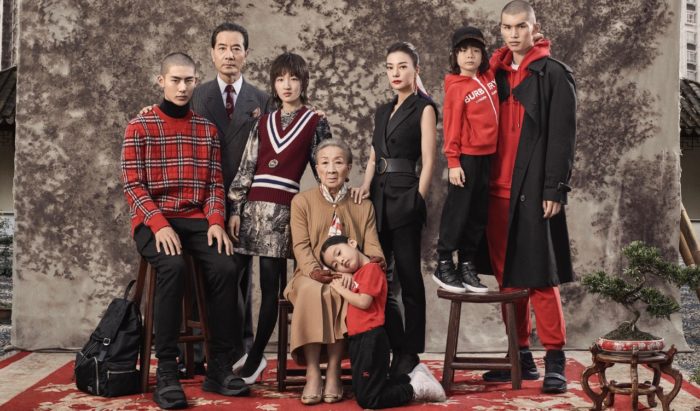 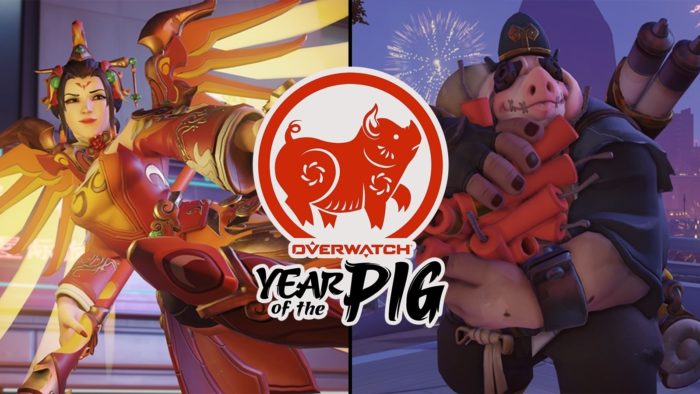 While CNY is dominated by fashion brands, it is not solely their preserve. The hugely popular first-person team shooter, Overwatch, has tapped into its global market by releasing special edition CNY skins. These skins change the appearance of certain characters and can be purchased in-game to add variety, personality and flair to a gamer’s style. Blizzard has long been the torch-bearer for bringing gaming into the mainstream with the likes of massive esports tournaments and a convention dedicated to Blizzard called Blizzcon. This adaptation is just the latest in their attempt to develop a global image. 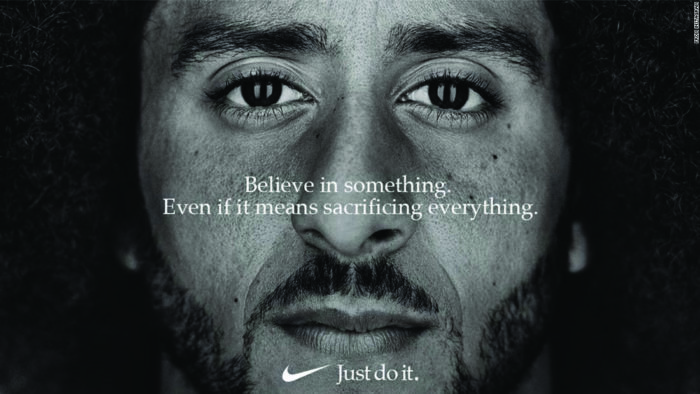 All of this points to more than just celebrating an auspicious day. Brands and advertising have a huge impact on the thinking of the public (think Nike with Colin Kaepernick or the Gillette #TheBestMenCanBe) and Chinese New Year is no different. By adapting to different traditions and practices brands are showing that people are more of a global community than national. That culture and difference should be celebrated. Whether a large multinational or a small, privately-owned business, you should look at ways to include a wider audience, be it with a site that supports several languages or an ad campaign to celebrate diversity. At Fifteen we are dedicated to staying ahead of the curve. To keep up to date with a little website development or to start a completely new ad campaign contact us today.

Categorised in: Creative, Digital Marketing, In The Media