User-generated content has fast become one of the most powerful weapons in a brand’s arsenal. Brands have been keen to give consumers creative control over a campaign and it’s easy to see why. Users are more invested in something they’ve created, especially if there are giveaways and prizes. What’s more, it saves companies from having to make content themselves, instead of cherry-picking what they want to share. However, this approach can backfire with poor taste, mismanagement and timing burying a campaign in negative press. So, if you’d like to avoid the brimstone of a PR nightmare and bask in the warm glow of a successful UGC campaign heed these cardinal content sins. 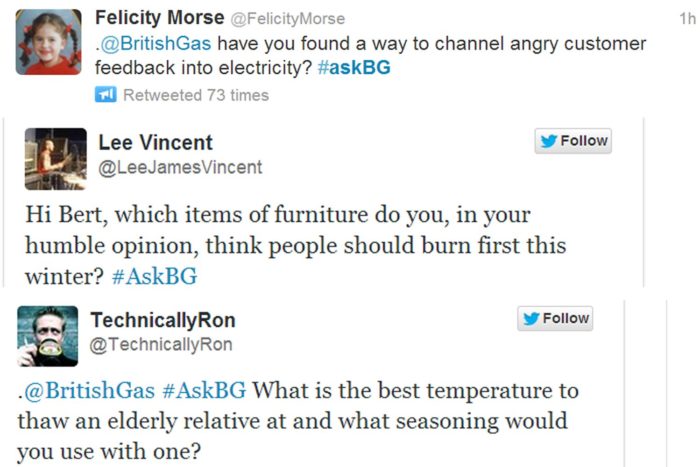 The key to a good joke is timing. There have been many wannabe comedians and brands who have erred on the side a ‘too soon’ joke. British Gas made this mistake in 2013 when they released a Twitter social campaign on the same day they hiked the residential energy prices by almost 10%. Titled ‘#AskBG’ the energy supplier had their Customer Service Director, Bert Pijls, on a Twitter Q&A.

Users were quick to hijack the Q&A voicing their displeasure over the price hike. British Gas was soon inundated with tweets from the silly ‘Hi Bert, which items of furniture do you, in your humble opinion, think people should burn first this winter? #AskBG’ to the macabre ‘@BritishGas will you be sacrificing your social media team for fuel this winter? #AskBG’.

The gas giant learnt the hard way that the British populace was well-versed in biting sarcasm and quickly shut down their campaign.

The NYPD attempted to rebuild trust in the community in 2014 with a Twitter campaign asking people to share photos of themselves with police officers along with the hashtag #MyNYPD. As well-intentioned as this campaign was, it came about in the wake of the tragedies of Amadou Diallo and Sean Bell, the Occupy Wall Street protests and several other negatively-charged events.

Twitter users soon took to the platform in a moment of dark levity, posting photos of police brutality with tongue-in-cheek captions. The NYPD at first tried to ignore the negative press and retweet positive pictures but soon had to issues a statement to the press before any more damages could be done. 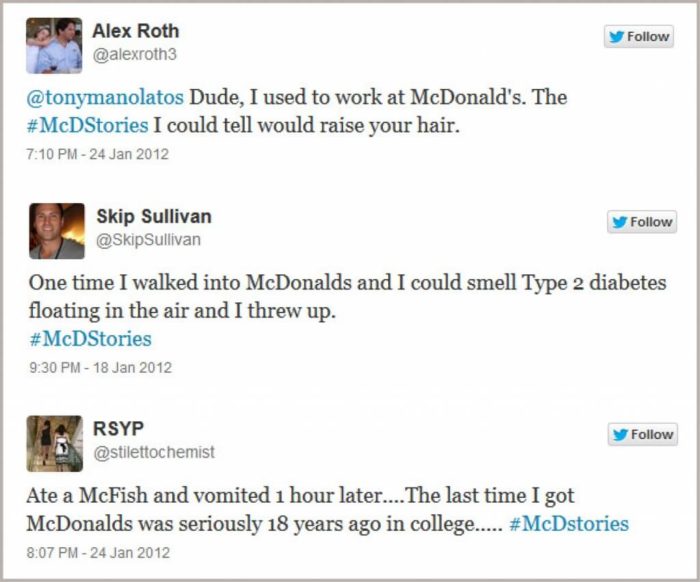 UGC is renowned for its viral ability. Given the participatory nature of the campaign, it’s best to know how and what your audience will share. McDonald’s learnt this the hard way. McDonald’s have become one of the most recognisable brands in the world with the golden arches a universal symbol. Their mission was a simple one. To get people to open up about touching experiences at McDonald’s with the hashtag #McDStories.

Instead of tear-jerking stories of sharing meals with friends and family, users commandeered the tag and started posting unflattering images and describing horrible dining experiences.

What made this campaign even more damaging is the fact that McDonald’s had paid to have their hashtag promoted on the Twitter homepage. This only fanned the fires and by the time they had pulled the campaign, it was too late. The McDStories went down in history as one of the biggest brand burns to date. 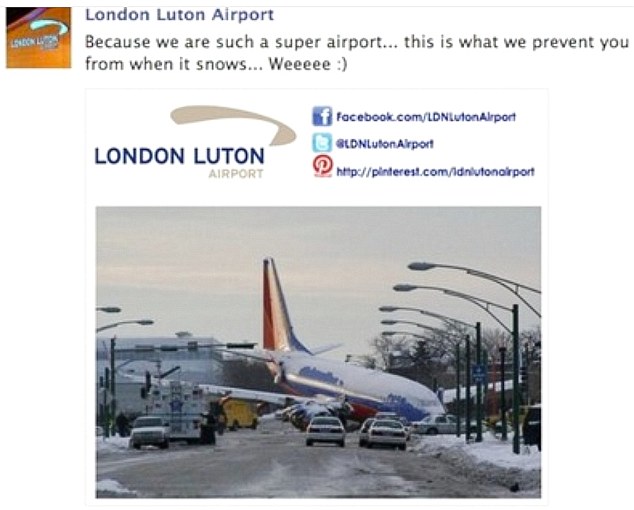 A plucky employee crossed a line while working on London Luton Airport’s social platforms. In an attempt to make a wintry joke, they posted a photo a plane that had landed and slid on a snow-covered main road with the caption; ‘Because we are such a super airport… This is what we prevent you from when it snows… weeee’.

Instead of receiving reposts and perhaps growing the pic into a meme for users, the airport was inundated with complaints. Unfortunately, in their haste to post a picture, the employee in question failed to realise the picture they shared had been from a plane crash in which a young child had died.

The airport dealt with the incident quickly, removing the picture within 90 minutes and issuing an unreserved apology for any offence. It could all have been avoided though had the eager social employee googled the image beforehand. 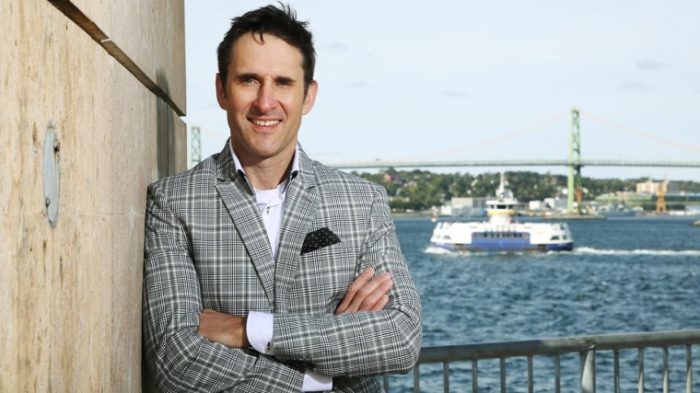 Brands on the wrong end of social media often think by ignoring a problem it will go away. How wrong they can be. United Airlines discovered this when they chose to ignore Canadian musician, Dave Carroll. Dave submitted a claim for damage to his guitar after a less than professional handling of his case. United Airlines stated his claim had missed the standard 24-hour window and thought no more of it.

In a tale akin to David and Goliath, Dave wrote a song and music video which he posted to YouTube and iTunes. To date, the video has over 18 million views and also spawned a book about the incident and a career as a public speaker. United Airlines eventually apologised but not before the damage had been done. 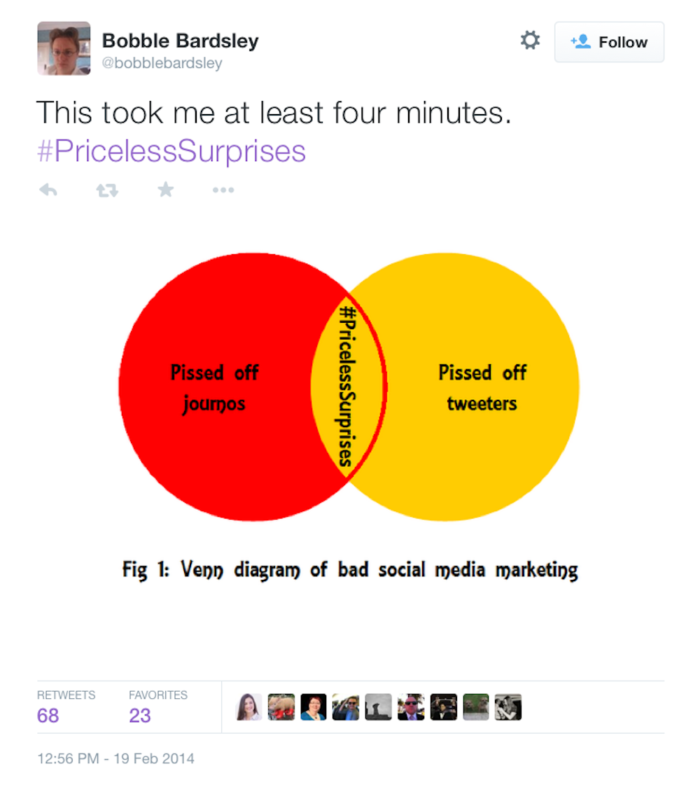 Mastercard was thrilled to be the official sponsors of the Brit Awards in 2014 but was soon left red-faced after their user-generated content plan backfired. The PR firm hired to run the event asked journalists to tweet about Mastercard using the hashtag #PricelessSurprises in exchange for official access to the awards. This was a bitter pill for many journalists to swallow with many calling the move an act of bribery.

If there’s one group of professionals who regard the freedom of speech highly it’s journalists and they soon took to social media to turn the hashtag into a bashtag. One journalist summed the situation up best with the tweet; “Good press is hard to bribe. For everything else there’s Mastercard. #PrincessSurprises”

If the PR firm had done the research this could all have been avoided. Instead, they were left red in the face.

If you can keep these cautionary tales in mind when planning your next UGC campaign should be a breeze. Working with a stellar social and digital team can make all the difference so be sure to consult the best before diving into a user-generated campaign. There is no better as you watch your followers carry you into the promised land of retweets, shares and conversions.

Reverse Image Search: The SEO Secret Cheat Sheet for Learning a Programming Language
Back to Blog