Art has taken many forms with the invention of the internet and electronics. From photography to sculpture and even interactive projects, the possibilities are endless. One artist who has taken tech to heart is David Hockney. 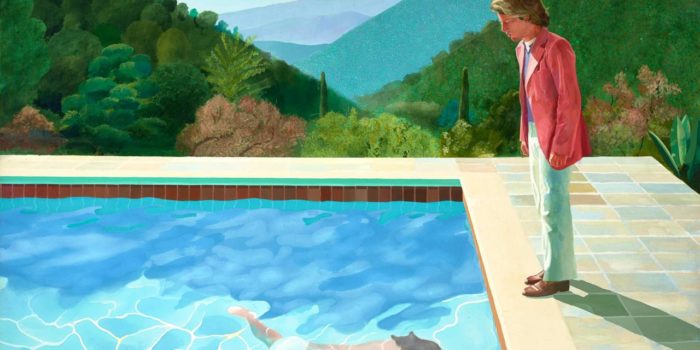 David Hockney is one of the UK’s greatest living artists. An important contributor to the pop art movement of the 1960s he has recently become the darling of the fine art world with his Portrait of an Artist (Pool with Two Figures) set to become the most valuable work of art by a living artist. Christie’s in New York has set an estimate in the region of £61 million and for good reason. His work has resonated for decades and even in his 80s, Hockney is a prolific artist creating vivid works from his childhood home county of East Yorkshire. While the art world fawns over his work from yesteryear it is his current work which is most intriguing. Hockney has, for the last few years, created all of his paintings on an iPad. 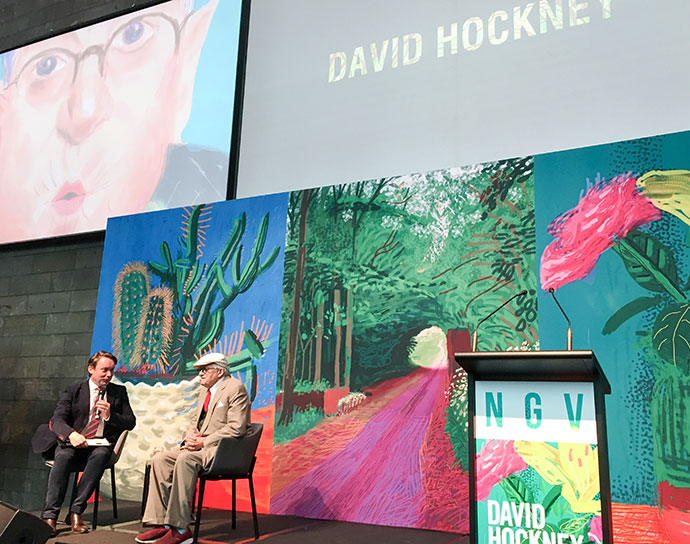 Without the resistance of a canvas and the need for paint, Hockney has created hundreds of paintings and sent them to friends and family far and wide.

“One day last summer I got a text message from David Hockney. It read: “I’ll send you today’s dawn this afternoon, an absurd sentence I know, but you know what I mean.” Later on, it duly arrived: pale pink, mauve and apricot clouds drifting over the Yorkshire coast in the first light of a summer’s day. It was as delicate as a Turner, luminous as stained glass and as hi-tech as any art being made in the world today. Hockney had drawn it on his iPhone.” Martin Gayford

His usual subversion of perspective has morphed into a subversion of traditional art itself. The pinnacle of this new approach to art can be seen in the stained-glass window he designed for Westminster Abbey. Commissioned to create a scene that honoured the reign of Queen Elizabeth II, he designed the entire work on his trusty iPad. The window depicts a vivid pastoral scene that is meant to reflect the Queen’s ‘deep affection for and connection to the countryside.’ 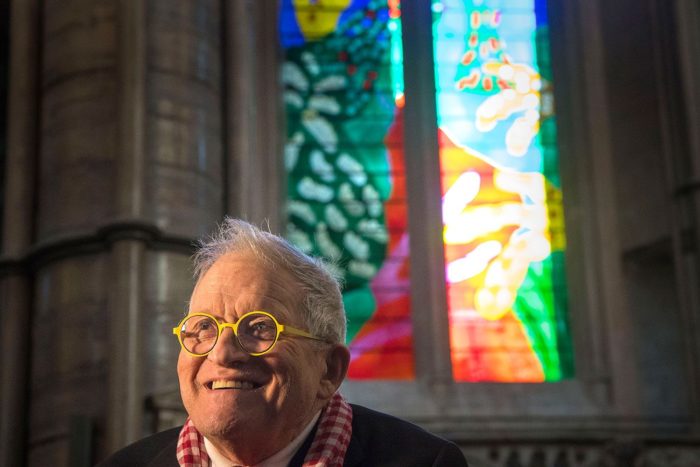 From one glass pane to another, Hockney has shown that artistic genius doesn’t have to be put on canvas to be valuable. His success with a digital form begs the question, what does this mean for digital art as a whole? Why shouldn’t web design or graphic design be venerated in the same way traditional art is? If art on various media can draw out emotion and feeling, is one any less valuable than the other?

A classic case in point is Ai Weiwei. The dissident Chinese artist created a photo series in which he dropped a priceless Han Dynasty Urn. Weiwei shows a similar level of digitisation to Hockney using a camera to capture the moment as an ancient piece of Chinese history is destroyed. Interestingly, the prints themselves, by documenting the moment he destroyed the urn have become priceless themselves and are regularly featured in exhibitions across the world. Again, we can see how digital art has become valuable in its own right.

What it Means for Digital Design

Wei Wei and Hockney are just a few of the faces shaking up the creative world but they highlight an important question. In a digital world, the value of good art is the same, whether on a screen or canvas. Art in all its forms is becoming an increasingly valuable currency as AI and machines take on more menial tasks. With this in mind it is only a matter of time before we see the first piece of electronic art sold at auction, and as soon as it does happen it will send shockwaves across the globe. The quiet reverence reserved for gallery paintings will be applied to all well-made digital art. Keep this in mind the next time you see a great website or stellar hero image. It could go on to become a record-breaker.

Categorised in: Creative, In The Media

Edmentum International: Leaders in Digital Education Solutions Actuaries Online: A One-Stop-Shop for Actuaries Across the Globe.
Back to Blog