As we enter a new digital age, dominated by social influencers and political narratives, every customer-focused industry has to make changes to their marketing strategy to accommodate trends. The fashion industry is no different. Having always been an indirect expression of cultural trends at play, now more than ever we can see the way in which digital campaigns have been both affected and in many ways improved by recent digital developments.

Here are some of our favourites.

In 2017, the social media audience is probably one of the most vocal of our generation. With the power of opinion openly accessible to anyone and everyone, it is only natural that once a school of thought gains traction via social it becomes almost impossible for brands to ignore. This year, we saw the perfect example of such an issue. After releasing a much-discussed range of brogue sliders, featuring a real fur trim, big-name designer Gucci came under fire from PETA and other animal rights organisations, as well as a flurry of social media influencers, forcing them to seriously rethink any marketing campaign promoting such a product. Having famously been frequent users of real fur in their collections, it was an unexpected release that followed from the company. In October 2017 Gucci released a statement promising to ban fur from all its future collections, a move that rocked the fashion industry.

Responding to calls from social to change deep-rooted brand traditions isn’t something we’d recommend but, in order to stay relevant and brand aware, you must move with the times. Plus, showing you’re a brand that listens when you audience demands action increase you market likeability and hence revenue.

You’ll always find high street favourite Topshop at the forefront of digital advancements, they’re social media team must work over time to make sure nothing is missed and we salute their constant ‘on brand’ attitude. Their latest digital feat took place over London fashion week, which enabled its users to shop real time trends. Billboards across the uk capital were adorned with images of some of the biggest names in fashion and television, of course sporting the very latest Topshop pieces, however instead of simply promoting upcoming collections, the pieces were made available in all Topshop stores, encouraging the user to click through and instantly shop. Overall, featured products received a 75% sales uplift and the company reported an 11:1 ratio for return on investment. 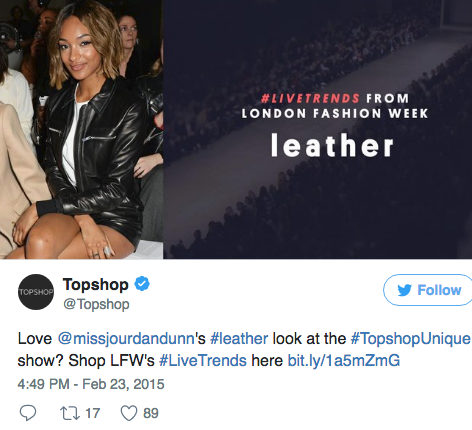 The social influencer has become a market leader in terms of the global advertising space. If you’re looking to reach a young, spend orientated audience it’s important you work with them and utilise the public figure for your own benefit. Plus offering real-time shopping options will always provide results that are easy to track.

Footwear giant Dr Marten has always occupied a significant portion of its market and their name is synonymous with reliability, becoming ubiquitous as a brand. Their recent ‘Stand for something’ campaign set to captivate their audience with a real brand story. We’re seeing a real increase in the use of emotive campaigns, brands are fighting to become most followed or most liked and watching sales increase from their rather than going straight in for the hard sell. Their charming and enchanting video content pulled in audiences both old and new and the technique of opening up the heart of the brand influenced a 30% sales uplift and they were 500% target impression expectations. 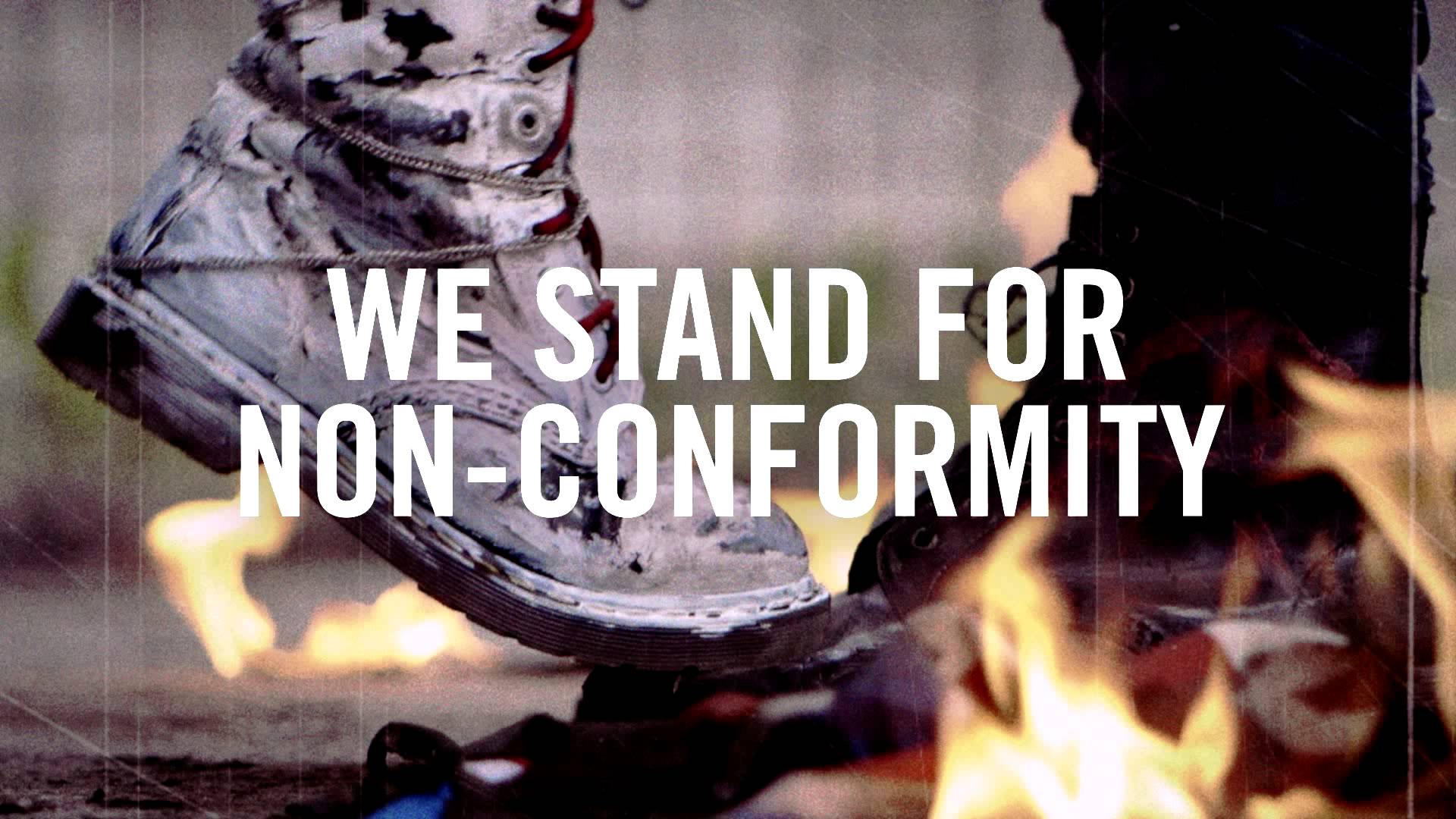 Being transparent with your brand personality is one of the best ways to not only gain social traffic but increase your revenue streams. Audiences buy into brands they believe in, with so many stories flooding ours news space surrounding the ways in which brands have been known to mislead their customers, offering yourself up as an open book buys a lot more than favour with your target market.

High street big wig H&M are often pioneers of campaigns and actions which put sustainability at the forefront. They’re also a huge advocate for innovative and often somewhat rogue marketing tactics. So, it comes as no surprise they chose to put out the message of sustainable fashion buying using such tactics. In a viral campaign video featuring plus-size model, Tess Halliday, and Muslim model, Mariah Idrissi, the brand used a celebration of different cultures and aesthetics to highlight the issue of a sustainable fashion product. We are now firmly cemented in a millennial state of mind, which amongst other things, means that we don’t have to subscribe to traditional advertising standards in terms of what’s ‘attractive’. Interpretation and body confidence has become far more important and in this way H&M allowed itself to be firmly placed at the forefront of the millennial mindset. The social media reaction to the campaign promoted a significant increase in brand awareness.

Everyone expects a lot more from their favourite household brands these days, with an audience that is increasingly educated in terms of socio-economic influencers. In this case you as a brand, much like H&M have somewhat of a public duty to adhere to those factors in some way.

Online fashion retailer Nasty Gal has a rich digital history. Rather than constantly reinventing their image they’ve worked hard to make their brand personality almost as big (if not bigger) then the product itself. The term ‘Girl Boss’ is frequently banded around cyberspace, supporting empowering notions of feminism and crushing such out-dated notions as the gender pay gap. That term ‘Girl Boss’ was born out of the story of the brands CEO Sophia Amaruso, who pioneered the rags to riches strategy and has now essentially created a whole empire from empowering women in the business world. The ideology has its own huge social following and the formidable sentiment has carried the Nasty Gal brand into a much more elusive market space. 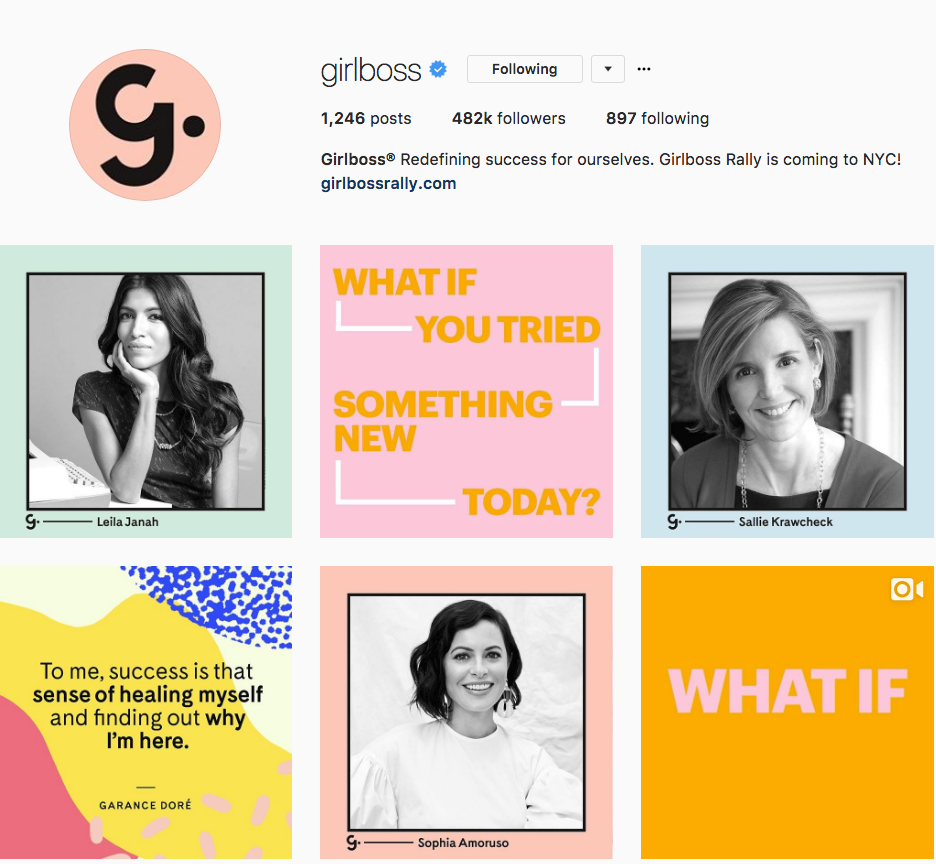 Creating a tagline or slogan synonymous with your brand image is one thing, forging its very own identity is a new level of brand presence. Subconsciously through the ‘Girl boss’ ideology, ‘Nasty Gal’ have cemented themselves as a multi-million-pound online fashion brand.

The fashion industry has always mirrored socio-economic circumstances in its marketing strategy. It’s impossible for such an industry to not reflect the world around them and be responsive to trends at play. This in itself is a perfect message for most b2c and many b2b brands. Being responsive in your digital marketing doesn’t mean bending to every social user’s will. It really is the perfect way to stay consistent, relatable and above all else likeable as a brand.