Exciting news! Two websites designed by Fifteen have been nominated for the Website of the Year 2015 awards. Imran Khan Cancer Appeal (IKCA) and Orphans In Need have both been nominated in the Charity category. It’s a massive honour, and we’re up against some huge names.

The Website of the Year award is an annual online award that recognizes some of the best and most popular websites across 19 categories, as chosen by the public. It is an international award that is recognized in 9 countries.

With previous category winners including O2, BMW, RSPCA, Coca-Cola, Apple, and BBC, the stakes are incredibly high, and the award is highly coveted.

Who are we up against?

Our two websites have been nominated in the charity category, which holds some of the toughest competition. You could argue that some of the other categories are tougher (who wants to go up against Coca-Cola?), but the fact that these two charities are facing off against such big names is an amazing feat.

The nominees for the Website of the Year 2015 in the Charity category are as follows:

Tough competition, but we’re confident that IKCA and Orphans In Need are able to hold their own. Not only will this be an honour for the charities and for us, it will help to shed light on these two amazing causes. We at Fifteen are very passionate about these causes, with our Director Ollie climbing Mount Snowdon to raise funds for IKCA in April.

Who are IKCA and Orphans In Need?

If you’ve not seen our previous blog posts about IKCA and Orphans In Need, you may be wondering who they are, and what they do? 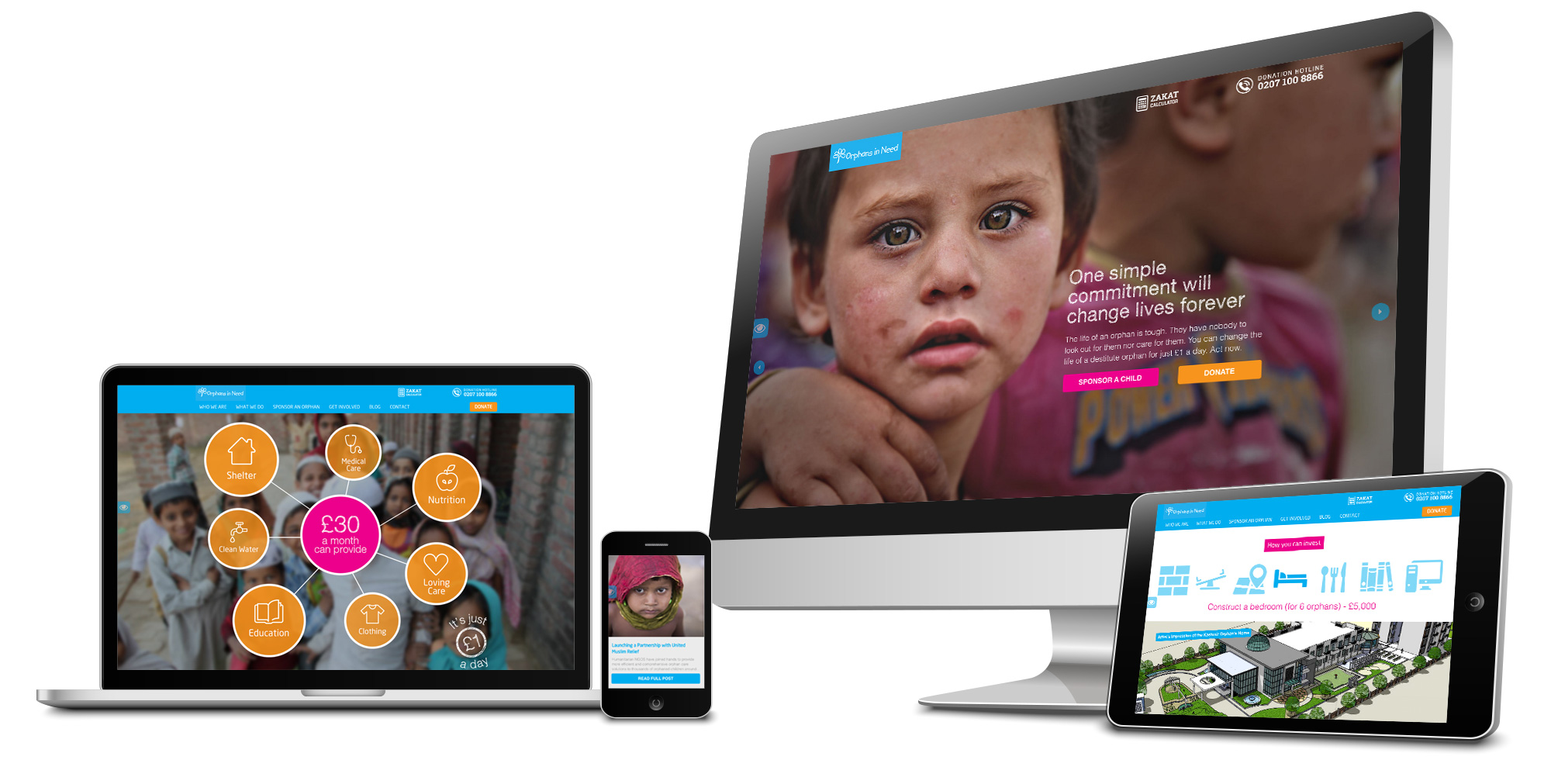 Orphans In Need provide support and a safe environment for orphans and widows in Asian and South African countries. They build villages, and provide essentials such as medicine, food, clothing, toys, and education. The Imran Khan Cancer Appeal was set up by the cricket legend Imran Khan after he witnessed his mother struggle with cancer. He realized that there was an insufficient amount of medical resources to deal with cancer in Pakistan. This was especially debilitating for the poorer of people in the country. He set up IKCA in order to help provide proper treatment for cancer for those who couldn’t afford it in Pakistan.

Two amazing charities, who have already changed so many lives, and will continue to provide support for their causes for a long time to come.

What does this mean?

We’ve already talked about what an honour it is to be shortlisted for these awards for both us and the charities in question, but what does this mean for them? Being nominated for these awards will open both charities up to a larger audience, allowing them to spread their message further and help more people.

Even if they don’t win, the benefits to each charity will be huge.

How do I vote?

Having said that, it would be great if either of the charities did win an award. There are two awards per category available too, so both charities could be recognized for their great work.

Voting is open between 21st September and 30th October, and you can place your votes at http://websiteoftheyear.co.uk/. Simply choose the website you want to vote for, rate the website out of five stars, and confirm your vote via email.

We’re really excited, and looking forward to the announcement of the winners. Watch this space.

Why Remarketing? New School Prospectus for Top Valley Academy
Back to Blog