2017 has seen a rise of social media like no other year before it. 50% of most major brands are now on Instagram and this is expected to rise to 71% in 2018. But, with such volume comes great responsibility.

Social media is now a saturated pool of opinion. Whether that’s positive or negative, everyone has the opportunity to have their say. Once you say the wrong thing – there often isn’t any going back from (even delete tweet can’t save you.)
Yet, in these misjudgments comes a sort of twisted enjoyment for both user and brand. Hence, we’ve piled together some of our favourite mis-tweets, faux pas and Instagram blunders for your enjoyment. 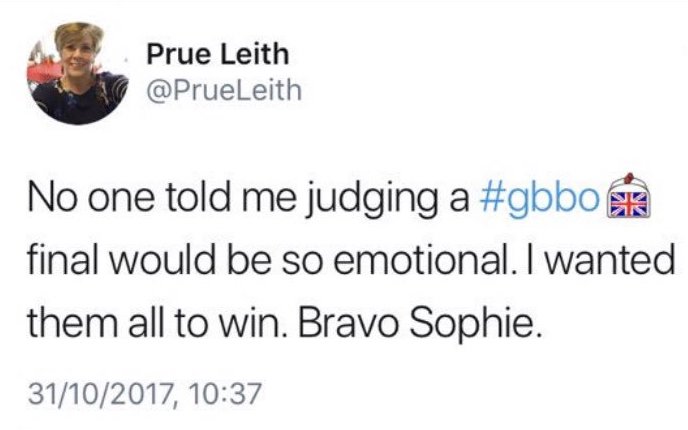 The Twitter-sphere erupted in a GIF fuelled frenzy when Great British Bake Off co-host Prue Leith accidentally revealed the winner 12 hours ahead of the scheduled TV final. She profusely apologised and the tweet was fairly swiftly deleted. But, the damage was already done. Prue cited differing time zones as the reason for her gaffe.

Poundland puts on a show

Images a little too outrageous to share over here. Budget brand Poundland embarked on what can only be described as an extremely out of character Twitter tirade. The highly publicised stream of content featured creative from the brand incorporating popular ‘elf on the shelf’ in uncompromising positions.

What a storm in a teacup. See you again at Tw-elf o’clock. pic.twitter.com/HkpJKAnxFT

This one is tricky, whilst we’re not sure this is the best way to approach a brand strategy, short-term brand awareness has gone through the roof, with earlier tweets going from around 100 to upwards of 5,000. Now, you can’t argue with that sort of engagement…can you?

Even the U.S. press secretary doesn’t change his password…apparently

As part of the U.S. government, you would have thought cybersecurity would be pretty high on your priority list. Apparently not for Press Secretary Sean Spicer, who accidentally tweeted his password, twice.

My Twitter account was taken down for 11 minutes by a rogue employee. I guess the word must finally be getting out-and having an impact.

As an intern, the general idea is that you make coffee, fill in some relatively pointless spreadsheets. Above all else, you do whatever is asked of you. For this intern who on the last day of his experience, deleted the president of the United States’ Twitter account for 11 minutes. President Trump’s team of people got the account restored speedily, not without the world noticing. A real David and Goliath tale of social media in the modern digital age.

Even the biggest brands make mistakes 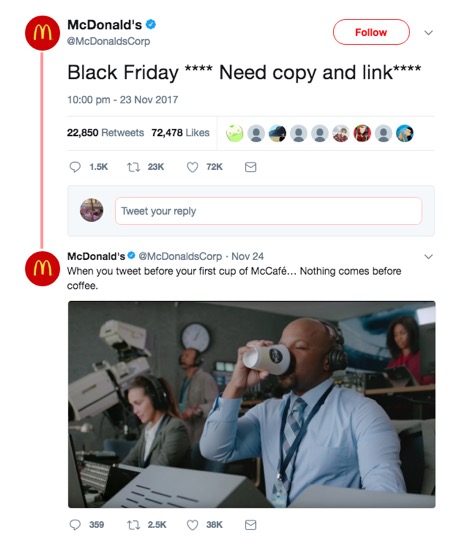 You may think the big brands are some sort of well-oiled social media machine. Almost devoid of any human error. But, sometimes, just sometimes, we all receive that little glimmer of hope, that actually they’re like the rest of us. And, even they have that moment in the morning where they aren’t quite concentrating enough to post the perfect tweet.

This may well be the perfect example of the very best way to deal with such a gaff. Laugh at yourself, social media is the way brands can now bridge the gap between corporate and personal. Sometimes it isn’t the worst thing in the world to show your users, there really is a person on the other end of that smartphone.

Just try not to ruin the ending to one of UK’s most viewed TV shows.