Twitter has been trialling its new update for a few months and it has now been rolled out to everyone. So in order to save you some time, we thought we’d show you what’s new.

As expected, some have taken the news with scepticism. Just like every other layout update in the history of social media. But 90% of the time, it turns out that the new version is better (apart from that terrible Instagram version that lasted for around one day or the Snapchat version that helped accelerate its impending death). 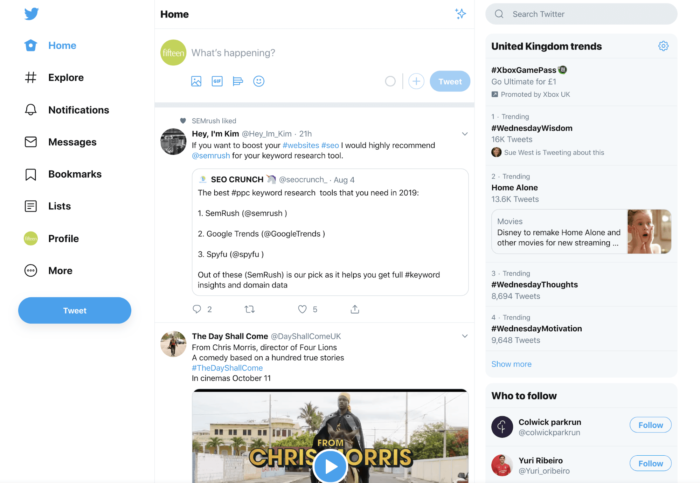 Here’s the new look, with a much tidier navigation menu that directs you to all its major features such as your profile, notifications and messages.

The menu has been reordered to make the main functions more accessible.

Some have complained that the new navigation bar might be a bit too big and takes attention away from the timeline. You can, however, reduce the screen size which collapses the menu into just icons. 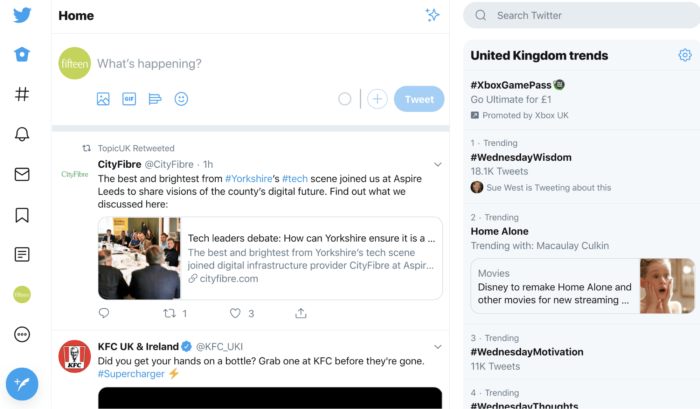 Personally, I used to use the “star” button and then the “like” button as my bookmarks tool, so when the bookmarks button was launched on mobile it meant that I could be a bit more generous with the likes, spreading the love across my accounts!

The bookmark feature has now, a year later, become part of the desktop. A very useful feature for saving Tweets you might want to reference or re-read in the future.

The message section has also changed, giving it more of an email inbox look where you can jump and reply to different messages more effectively.

On the desktop, you can now switch between accounts from the navigation menu. As a business that runs multiple Twitter accounts for different clients, this is a very useful feature for us, which stops the hassle of having to log into different accounts.

The only negative is that you can only add five different accounts, which isn’t a particularly high number. On mobile, there is no such limit. 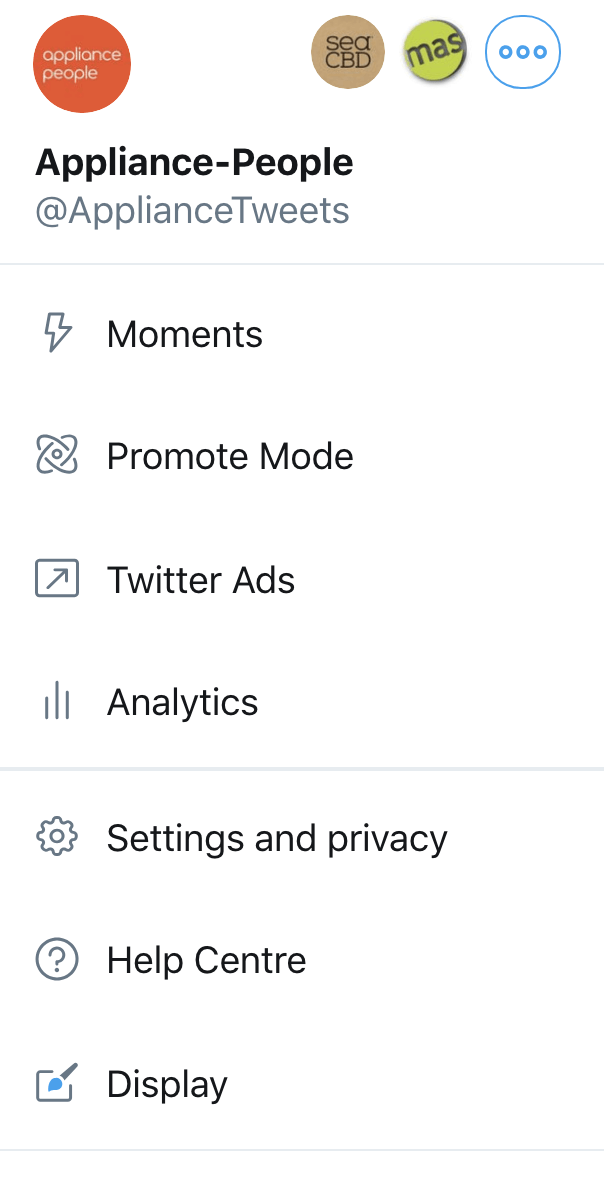 Dark mode has entered the desktop space, with two shades – dim and lights out. The latter comes as a result of people requesting an even darker version.

The new display settings also let you personalise your profile in a quick and easy way. 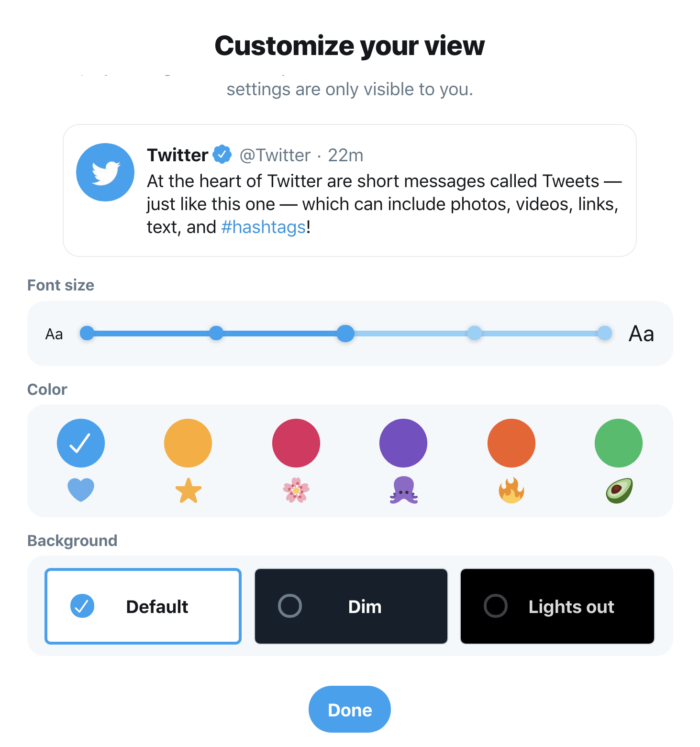 The new features scream user-friendliness and foolproof solutions that should make even to least computer-literate person able to navigate the site easily. This is a move that could potentially attract new users that have been put-off by the complex look in the past.

Overall I think the changes have been positive and have tended to steer clear of the desktop version, despite sitting in front of my computer all day, I am now more likely to do more monitoring and posting via desktop. Although the majority of my activity will still be through the mobile app.

If you’re interested in how to turn this new-look Twitter into a powerful social media marketing tool contact us today and let us add this global platform to your arsenal.