Old and New Photography in Art and Marketing Campaigns

As humans and society, we tend to look back and reminisce about the past. This brings us enormous comfort – presumably from the nostalgia it evokes. Personally, I do enjoy visiting art galleries and appreciating works from a time long gone. Like many others, I can understand the immense talent of impressionist painters, Renaissance sculptures and pioneers of surrealism and everyone in-between. Not to question or take away credit from these said pieces and their creators, but there is a general sense of ‘golden age’ mentality. That is that most art created before the current century is of better quality, better substance and higher calibre.

This is not a new phenomenon and has been the case for many decades. Especially with those who reside in that time questioning and sometimes even disregarding modern art. Contemporary pieces, by nature, are before their time and innovative. The Avant-Garde, for example, is a term used for those advancing in their field, being of radical nature and using experimental methods. Often, society catches up with these progressive individuals and develops fanatical admirers to their work. This can take years, by which time the works are historical, and their makers departed.

Not to say there haven’t been minorities who appreciated this art during its first breaths of life. But, in times when ‘getting the word out’ was not easy so or even considered so important, these were harder to reach. This is where we start comparing to the present day. Everyone is desperately seeking approval, whether from their peers, their family, work colleagues or even society. The need for respect and approbation has come about from the innumerable ways in which content can be shared.

Opportunities to create art are endless and readily available for everyone and anyone. State of the art software, improvements in technology and modern methods make creating so easy. The internet, social media and relatively free physical movement of people allow sharing and ‘shouting about’ your work incredibly simple. Which is fantastic for the artist – meeting like-minded creatives and gaining followers quickly. For the user, you can find pieces of work you are interested in and genuinely appreciate. But as with many advancements, there are flaws. For the artist, there is an unbelievable amount of competition, and for the admirer, due to the sheer quantity and ever imposing algorithms, there is a lot of soil to sift through to reach gold.

In contrast to the past when photography was starting out and a rarity for the common man. Only the wealthy could afford portraits, meaning subjects were limited. It’s on occasions where photography is used in journalism that we see lower classes make an appearance. Documenting scenarios and situations intended the focus of such works become more varied and exciting.

Now, on just Instagram alone 95 million photos are shared per day. Countless selfies, endless food shots and celebrities galore. It seems we’re all striving for that perfect ‘Insta shot’, but if everyone’s ideal is identical, the content can become, well a bit samey.

Mainstream media and algorithms have led to echo chambers in social media content. In turn, the content created becomes trend driven thus loses originality and individual expression. It’s no wonder then that some artists wish to break this mould, wanting to produce works which are unique and original. Those who have created before, inspire us. So it is no wonder some photographers have looked to the past for stimulus.

Jane Long is an Australian photographer and digital artist. She produces works which combine existing or especially created photographs with digital manipulation. The results are fascinating surreal images which blur lines of reality. One particular compilation ‘Dancing with Costica‘ Long used images acquired from the Flickr Commons archive of Romanian war photographer Costica Acsinte. She repurposes the old photographs, giving them a new lease of life by blending them with other pictures to reach further levels of visual distinction. 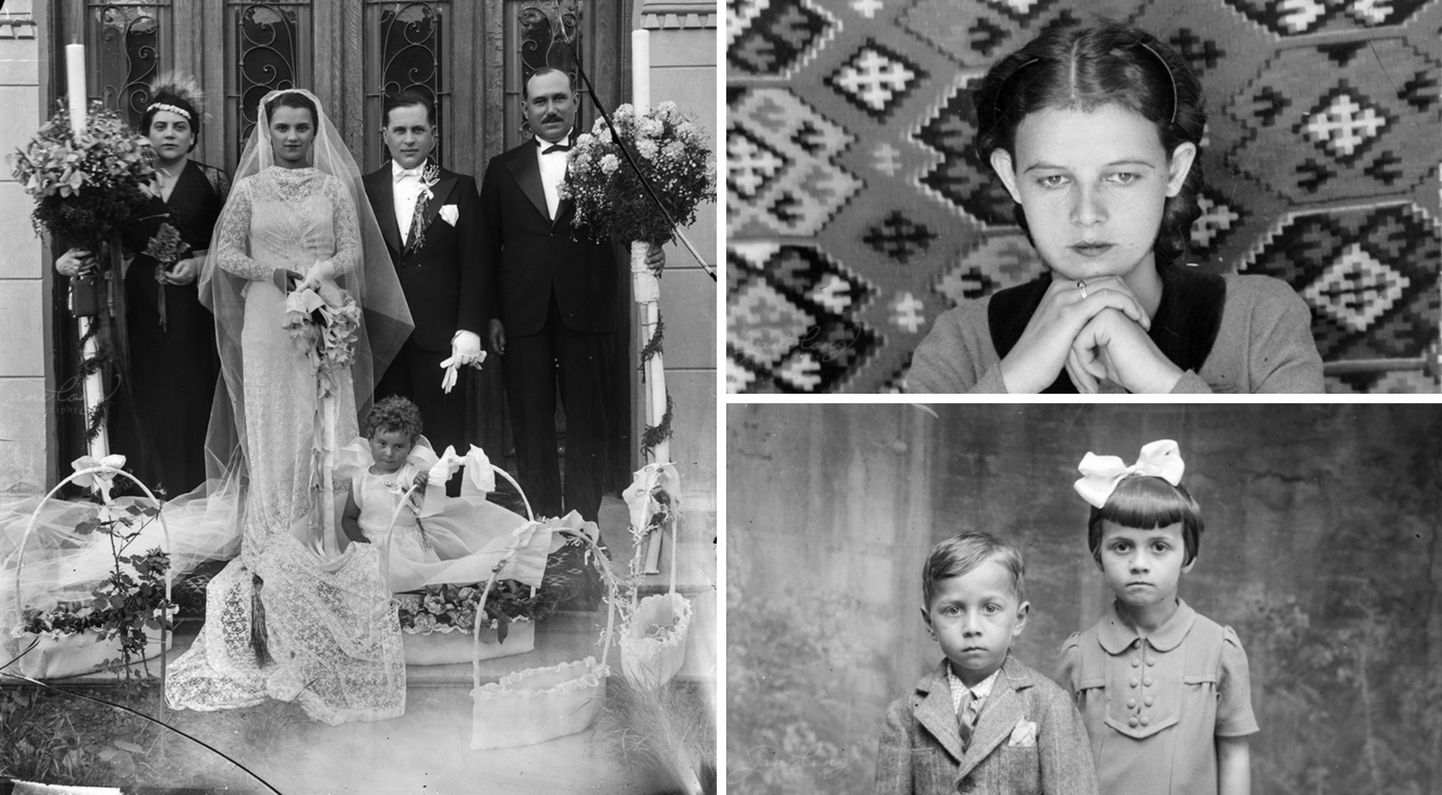 Interestingly the series came about from Long wanting to practice her retouching skills – a modern method of working – she looked to old photographs to work on. Mirroring trends adopted by more traditional form artists like corruption and error. It’s usual for us to draw inspiration from current or past works but to work using them is less frequent. Long was so inspired by the photographs, she wanted to make them a part of her work. She says:

“I became fascinated with the images and their subjects. I wanted to bring them to life. But more than that I wanted to give them a story.”

I would argue, if Long had shot the original images herself before manipulation, the whole project would not have had the same attention, intrigue or character. 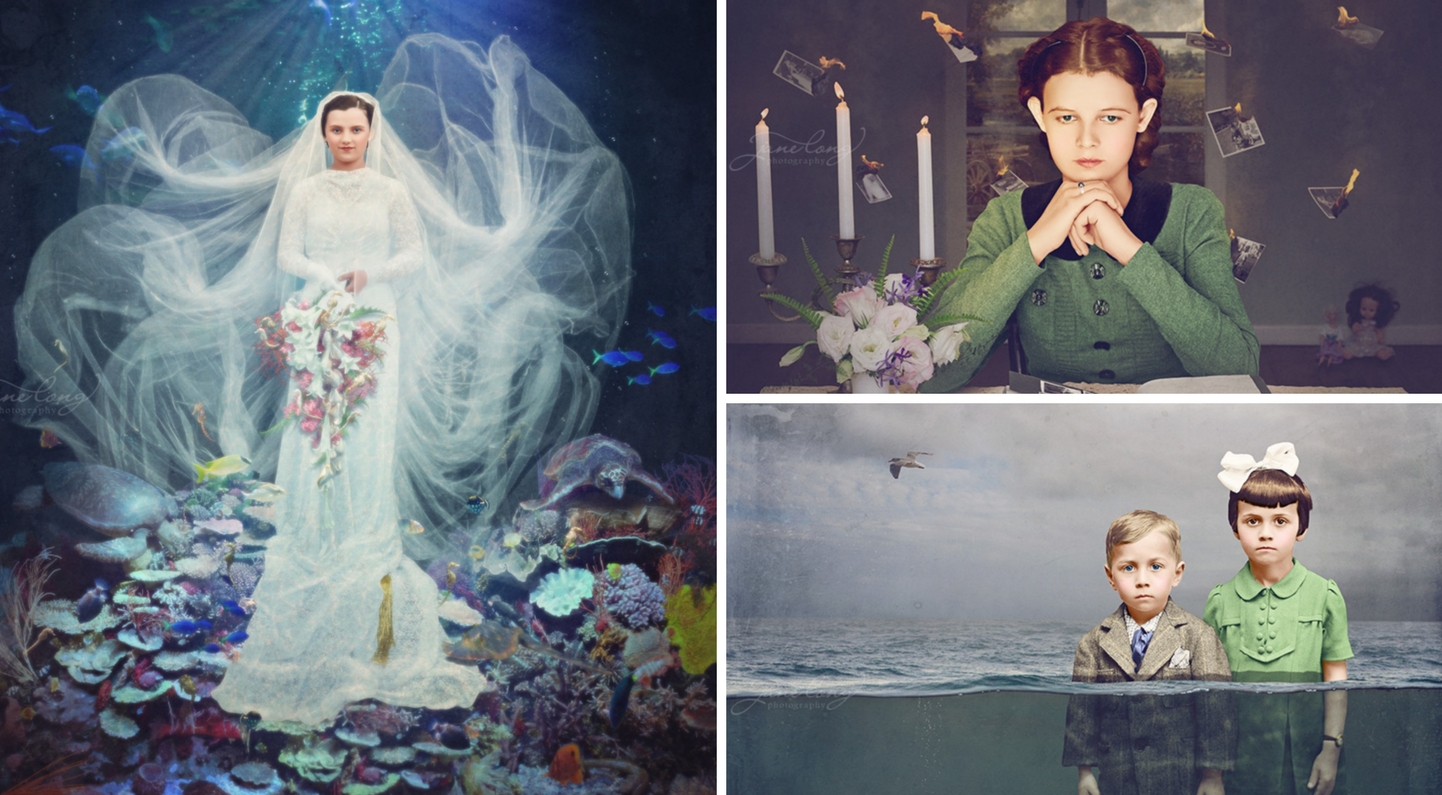 One issue we seem to encounter from continually developing technology and processes is the expectation for younger generations to reinvent art forms, coming up with unique results consistently. Russian painter, Maria Kreyn’s work, is contrary to this, reviving traditional methods to produce exceptional results. When you first set eyes on her works, Kreyn’s paintings look like they were created hundreds of years ago. Echoing the Dutch Golden Age, you would be forgiven for thinking they were the craft of Rembrandt. 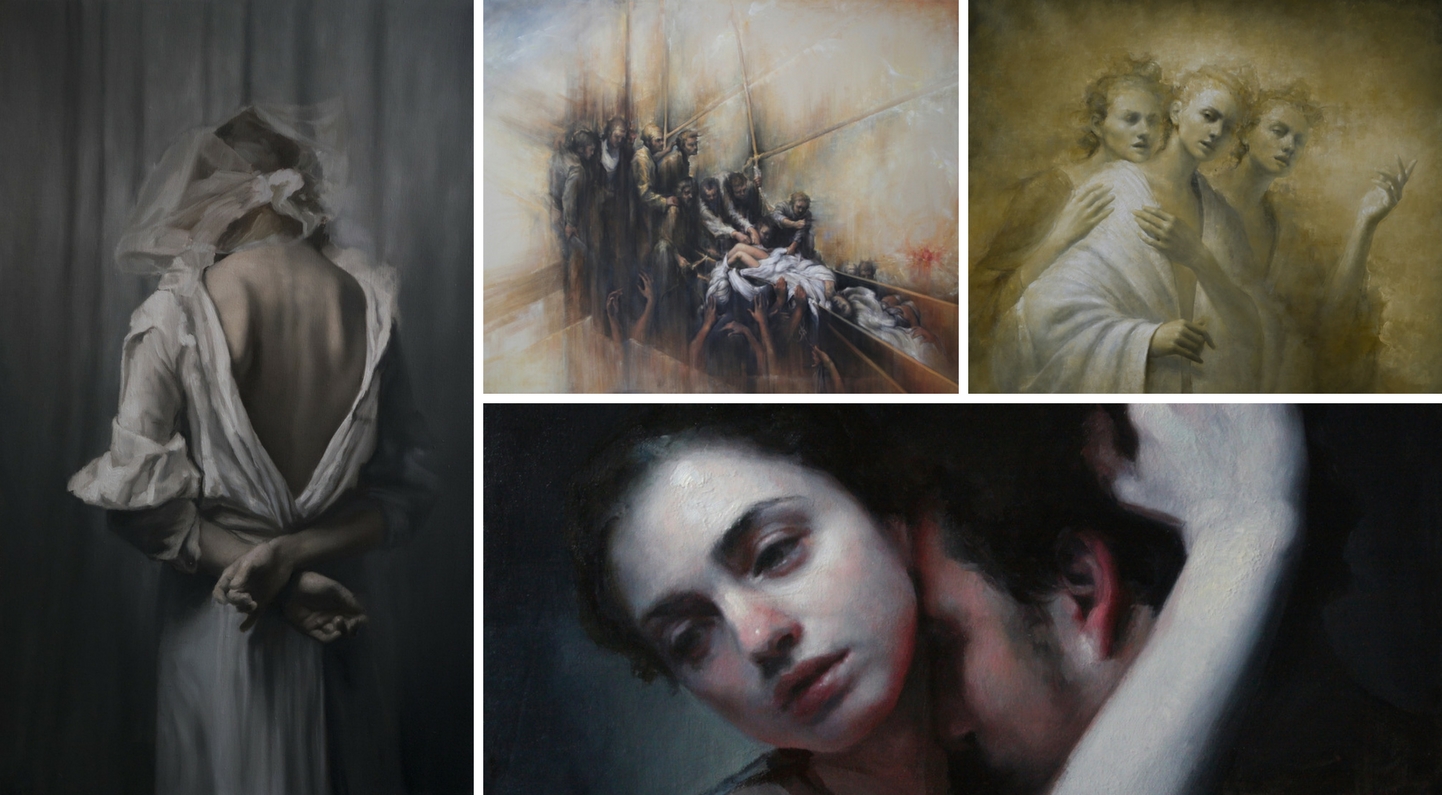 Also remarkable is that Kreyn is only in her twenties, learning from a master painter whom she observed and admired as well as many other artists. Classically trained in drawing, her work has expanded and evolved into something so closely related to the past it is innovative in its own right. Kreyn explains “I’m trying to build an original language through collaging imagination and citation, a sort of remix of past and present”. A millennial, surrounded as she grew up with a myriad of means and methods – has chosen to take one of the most established mediums and devised a contemporary reflection of her love for old classical masters and their art.

You can see more of Maria in action here:

At the other end of the spectrum, we have those who take their respect for older art forms to a new level. These people use the latest technologies and software at their disposal to create something brand-new. Similarly, to the photographer Jane Long whose work we explored earlier, they have the desire to revive content created years ago. In this case, quite literally breathing life back into an icon – Audrey Hepburn. We can question why we should come up with something fresh when you can draw on those that already existed? Galaxy (or Dove to the rest of the world) chocolate brand brought back the actress in their 2007 TV ad.

The team behind the commercial used the star’s entire film catalogue and available photographs alongside animation CGI techniques and a very much alive Hepburn double. Find out more about how the advert was made here. To some, the advert is creepy and even disrespectful to the actress – but ultimately, isn’t imitation the highest form of flattery? The aim is to use the familiarity and sympathy already established in the audience and reflect this directly on the brand itself. I find this fascinating that despite an immense number of channels and choice when it comes to approach – this present-day advertising campaign directly drew on content from the past.

Despite some negative opinions on ‘copying’ or imitating styles and forms, I think ultimately it can only be a positive thing that new art can come about from the respect, adoration and even use of old contents. We are lucky to live in a world where we have ample opportunity to appreciate works of art from the past, present and even glimpse ever so slightly into the future. Fashion, design and art will sequentially re-cycle processes, genres and characteristics. Yes, this sometimes results in regurgitated and seemingly cloned works. Equally though, fresh ideas and thinking come about from this exploration, and from time to time a gem appears that’s so unique and stimulating it captures and attains the attention and curiosity of all of us.

If you’re interested in creating dazzling campaigns beyond the pale of the norm, then get in touch.

Categorised in: Creative, In The Media, Logo and Brand Design

Why is Conversion Rate Optimisation Important? How to Get the Most Out of a Project Start Meeting
Back to Blog